A Most Unusual Circumcision Ceremony 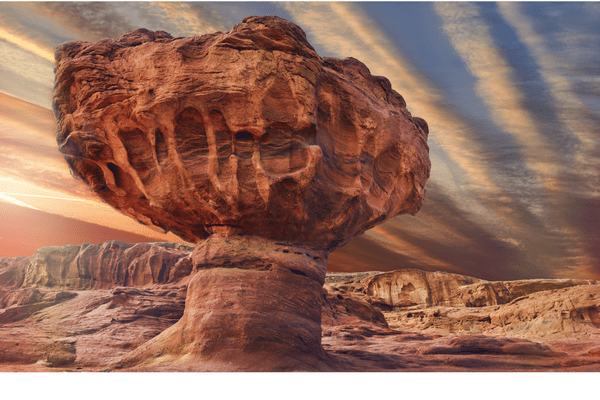 You shall circumcise the flesh of your foreskin, and that shall be the sign of the covenant between Me and you.

I recently had to consult with a rabbi about a matter in Jewish law. I am not an incredible scholar with an encyclopedic knowledge of Jewish law, but like most Torah-observant Jews I have a routine that I trust. As long as nothing unusual crops up, I know that I am in the green. But this week, I was faced with a situation that challenged my comfort zone. A dear friend invited me to the circumcision ceremony of his son. The problem? Neither the father nor mother had any Jewish ancestors, so the baby was not Jewish.

To be more precise, the baby was the great-grandson of a German soldier who had been decorated by the Nazi regime for his actions during the Second World War.

I should add that I truly love the father, the Nazi’s grandson, like a brother. But I have accepted the yoke of heaven and Torah and could not just disregard either to attend. So I reluctantly asked a friend, who is a competent rabbi, if a non-Jew can be circumcised and whether or not I could attend the ceremony.

I didn’t want to hear what I knew to be the answer, that it is forbidden for non-Jews to be circumcised. After all, circumcision represents the ultimate covenantal bond between the Jewish people and G‑d (Genesis 17:9-12). It is therefore referred to as a brit milah, or covenant of circumcision. I was surprised to find that this matter that I thought was cut and dry (pun intended) was, like so many questions of Jewish law, complicated, and had many possible answers. In short, I made plans to go to the ceremony.

It was not a typical Israeli circumcision, and it was clearly put together by a father with great intentions but little experience in how these ceremonies are handled in typical Israeli communities. It was also small by Israeli standards as there was no family, not even any grandparents. But the people who attended clearly loved the new parents as much as I did. Some had traveled several hours to attend and the people from the community loved their adopted young family.

The father gave a long speech, thanking everyone individually, which was a bit unusual but also beautiful. There were only two or three other religious men so I was nervous that I was straying into forbidden territory despite my preemptive inquiry. So I was relieved when the mohel (person who performs a circumcision) showed up. He was a no-nonsense Sephardi Ultra-Orthodox man with a big smile and a sharp knife.  I relaxed, figuring that if he was performing the circumcision that we were on solid footing with regards to Jewish law.

The other unusual feature of the ceremony was that the father held the baby in his lap. Normally, a sandak, or godfather, is honored with holding the baby while the circumcision is performed.

I was enjoying the ceremony until the moment the mohel picked up the knife and began approaching the baby boy. To be honest, I kind of freaked out and almost told the mohel to put the knife down.

To understand my reaction, I need to give a little background information.

I used to study the writings of Rav Kalonymous Kalman Shapira who was a Hassidic Rabbi known as the Piesetzner Rebbe. He wrote many books of Hassidut, and the first book I found of his is called Aish Kodesh (Hoy Fire). The Piesetzner rebbe wrote this book during his time in the Warsaw Ghetto, and in it discusses complex questions of faith. During the ghetto uprising, he hid the book along with other manuscripts. He was eventually killed by the Nazis, but the manuscripts were found after the war and the book somehow made it to his brother in the Holy Land. It is nothing less than a miracle that we have this book today.

The day I wandered into a bookstore and randomly picked up the small book I opened it to a random page. The heading said it was for the second day of Sukkoth (Feast of Tabernacles), the first yahrtzeit (anniversary of the death) of his son who was murdered by the Nazis in 1939.

In this entry, the rabbi asked why the water libation in the Temple began on the Second day of Sukkoth if water is chesed (loving kindness) but the second day of Sukkoth is personified by Isaac, who embodied the attribute of strict justice, expressed in the trait of gevura (inner strength).

“In the future, we will assign merit to Israel because Isaac was willing to receive the judgment upon himself for the sake of Israel,” the Aish Kodesh explained.

The rabbi then referred to a well-known point in Jewish law. An action is composed of two elements; the intention and the action itself. If a person tries to perform an action but what actually happens is not what he intended, it is considered as if he did not perform the action.

So, he explained, Abraham fully intended to slaughter Isaac but what resulted was an intention without a corresponding action. It was, in essence, a will to do something that remained incomplete.

“Therefore, every Jew who is killed by the non-Jews is precisely the opposite,” the Aish Kodesh wrote. “An action without thought.” He concluded, “Every Jew killed by a non-Jew is the completion of the binding of Isaac. That is to say that the binding of Isaac and the murdering of Jews is one complete action.”

According to the holy rabbi, Abraham raised the knife up and the Nazis brought the knife down.

That page of my copy of Aish Kodesh is covered with the marks of my tears. The Piesetzner Rebbe wrote this about his own son and about all the Jews he had watched die at the hands of the Nazis.

Now, back to the circumcision. It was this lesson from the Piesetzner Rebbe that caused my emotional reaction that morning. As I watched the mohel, knife in hand, approach my friend, I had a flash of a vision of his grandfather in full Nazi regalia with a long knife in his hand. How many Jews had my friend’s grandfather murdered?

And now, the great-grandson of that Nazi was lying helpless in his father’s lap, waiting for a Jew with a knife. But instead of death, the my friend’s intention was that the Jew’s knife would make his son holy! I couldn’t help but feel that things had come full circle.

And, to add to another layer of symbolism to the occasion, the circumcision of my friend’s son took place on the anniversary of Kristallnacht.