A Lesson From a Willow 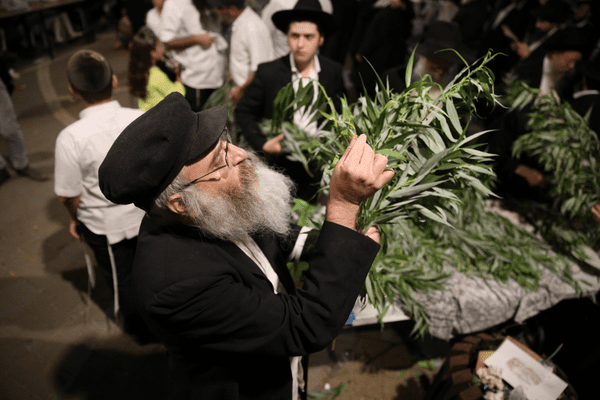 for great is His steadfast love toward us; the faithfulness of Hashem endures forever. Hallelujah.

I grew up reading the Tolkein series, so when I first set foot in a Yeshiva (school for Torah study) and saw a room full of bearded men learning in a strange language from huge tomes, I was thrilled. I was in Gandalf’s academy. Though I never met a hobbit, my time in Yeshiva remained magical.

One magical moment came during Hoshana Rabbah, the seventh day of the Jewish holiday of Sukkot. During the prayers, the congregation makes seven circuits around the synagogue with the four species, while singing special prayers called Hoshanot and reciting Psalm 117.

Praise Hashem, all you nations; extol Him, all you peoples, for great is His steadfast love toward us; the faithfulness of Hashem endures forever. Hallelujah. Psalm 117

When I saw this, I immediately thought of the ents, a species of beings in Middle-earth who closely resemble trees. In The Two Towers, the ents – usually very patient, deliberate people – become roused with their long-simmering anger at Saruman, whose armies were cutting down large numbers of their trees. They waged a march on Saruman’s fortress at Isengard, destroying the evil stronghold.

Watching the men, draped in white prayer shawls and carrying palm branches, circle the synagogue, I was reminded of the patient power of the ents which was drawn from the earth.

At the conclusion of this ritual, several liturgical poems are read after which each person takes five willow branches and beats them on the ground. When beaten, the leaves gave off a powerful fragrance, making the synagogue seem even more like a magical forest.

But I was left wondering what the meaning behind this strange custom is. And why does the willow branch, so commonplace and drab, have such a significant role?

The Hoshana Rabbah service is patterned after the Temple service, as described in the Mishna:

“It was customary to make one procession around the altar on each day of Sukkot, and seven on the seventh day” (Sukkah 4:5).

The priests carried the palm branches or willows in their hands. Willow branches were also collected from Motsa near Jerusalem and piled upright on the sides of the Altar with their tops bent over the top of the Altar each day of Sukkot.

What is the meaning of this custom?

Scholars have noted that the real secret to the greatness of this custom lies in the willow branches that play such a lofty role.

The willow typically grows by the side of a river, although in Israel it is common to find them growing wild in many people’s backyards. Since this tree requires much water to grow, the picked branches dry out within two or three days.

Willow in Hebrew is arava, coming from a word that means ‘mixture’. The willow rarely grows on its own. It is found in areas with many plants and is always found accompanied by water. The name hints to the fact that it naturally needs to be attached to others.

On the holiday, it is bound up with the three other species to make up the four species we are commanded to take on Sukkot.

This four species bundle is one example of the communal aspect of the holiday. The sages teach that each of the four species represent a different type of person. We bind them together to emphasize that community is made up of all types, and all types are necessary to form a community. The arava, which on its own has no taste or smell, is bound together with the other three species, creating the organic “magic wand” that is the four species.

The message of the holiday seems clear. When we come together to serve God in peace and harmony, we can accomplish great things.

This magical mixing becomes the central theme at the culmination of the holiday, as the arava takes center stage. Through the power of community and involvement, even someone who starts out as ordinary can become extraordinary!