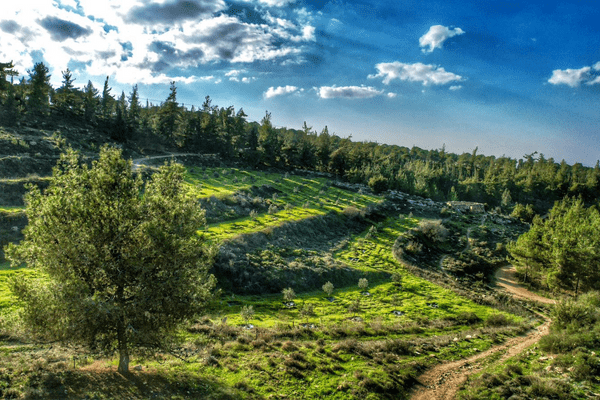 While the entire world is celebrating, bringing in the new year, Jews are more subdued. Everyone else is flipping their calendars from 2022 to 2023, but the Hebrew calendar is already a quarter of the way through 5783.

Why do the Jews have a different New Year than everyone else?

The Torah calls the Hebrew month of Nisan the first month, as it is the month in which the Jews left Egypt:

This month shall mark for you the beginning of the months; it shall be the first of the months of the year for you. Exodus 12:2

Being the month of the Exodus, Nisan is, therefore, also the month when the Jewish nation came into existence. But it is not the day on which the Jews celebrate the new year. The sages teach that the Jews actually have 4 different “new years”:

Though Nisan is the first month of the Hebrew calendar, the first day of the seventh month, the Hebrew month of Tishrei, is the Jewish New Year. This is based on the view of the sages above that “the 1st of Tisrei is the new year for years.”

The sages further elaborate that first of Tishrei is celebrated as the beginning of the new year because it is the anniversary of the creation of the world, or, more precisely, the creation of man for whom the world was formed six days earlier (this is according to the opinion of Rabbi Eliezer).

Rabbi Joshua, however, maintains that the first of Nisan was actually the day when the world became a physical existence. He is not contradicting the other sages or the Bible. Rather, Rabbi Joshua understood that there were two creations; one metaphysical and one physical. The first day of Tishrei, commonly known as Rosh Hashanah, is when God thought to create the world. Rosh Hashanah is also known as Harat Olam, the day when the world was conceived. In his opinion, the first day of Nisan is when the world actually came into physical existence.

Confused? Let’s review the basics: the first of Tishrei is the first day of the new year (this year is 5783), but the months are numbered starting from the month of Nisan. So the new year actually begins in the seventh month.

The Pagan roots of the Gregorian calendar

As opposed to the Hebrew calendar which is rooted in the Bible and is lunisolar, the Gregorian calendar, currently the world’s most widely used civil calendar, actually has Pagan roots and is based on the solar cycle.

The Gregorian calendar replaced the Julian calendar which was preceded by the Roman calendar. The Roman calendar observed an eight-day week called the nundinal cycle. That put it directly at odds with the seven-day week described in the Bible and embedded in the creation of the world. And the Sabbath was moved from the seventh day to the first day, Sunday, named for the pagan sun god.

The Julian calendar was enacted by Julius Caesar in 46 BCE to reform the Roman calendar. It was later replaced by the Gregorian calendar, which was decreed in 1582 by papal bull by Pope Gregory XIII. The initial decree was not recognized outside of the Catholic Church, so the days on which Easter and related holidays were celebrated by different Christian churches diverged.

Currently the world’s most widely used civil calendar, the Gregorian calendar was adopted in stages with some countries incorporating the system in the late 16th century, while others joined in as late as the 20th century.

Despite the papal decree, many Catholics were quite aware of the pagan roots of their calendar. Many of the names of the months and days of the week, for example, have their roots in paganism:

THE CHRISTIAN NEW YEAR AND ANTI-SEMITISM

The tradition of beginning the new year on January 1st was based on the Roman calendar and remained in place in the Julian Calendar though, by the Middle Ages, some countries began the new year on December 25. It is believed that this mid-winter new year was based on its proximity to the solstice, a pagan celebration of the sun god’s rebirth. Naming the first month after the pagan god Janus was appropriate, since he was depicted as having two faces: one looking forward and the other looking back. Scholars have suggested that the drunken parties that characterize New Year’s celebrations have their roots in orgies meant as a form of service to the pagan gods.

Christianity, perhaps inaccurately, adopted December 25th as the birthday of Jesus and January 1st as the seventh day after his birth (the day of his circumcision). The Council of Nicaea in 325 CE formally ratified that day as symbolizing the supersession of the Church over the Jews as God’s chosen people.

At the same time, Pope Sylvester, whose sainthood day and the day he was buried is commemorated on December 31, convinced Roman Emperor Constantine to prohibit Jews from living in Jerusalem. At the Council of Nicaea, too, Sylvester promulgated a host of new anti-Semitic legislation. It is for this reason that January first was frequently marked throughout history by the burning of synagogues, Jewish books, and other acts of Jew-hatred. Ironically, New Year’s day is known in Israel as Sylvester.

One such anti-Semitic New Year’s Day event took place in 1577 when Pope Gregory XIII, who established the Gregorian calendar, decreed that all Roman Jews had to attend a Catholic conversion sermon given in Roman synagogues after Friday night services. The penalty for not doing so was death. Then, on New Year’s Day of the next year, the Pope signed a law forcing Jews to pay for a “House of Conversion” whose purpose was to convert Jews to Christianity. Three years later on New Year’s day, he ordered the confiscation of all the Roman Jewish community’s Hebrew scrolls and books.

In contrast to the partying that often accompanies New Year’s celebrations on January 1st, the Jewish new year is a day of reflection, repentance and prayer. And while many Jews do get caught up in the excitement and revelry of December 31st/January 1st, others question whether or not they should be celebrating a holiday whose origin is Pagan, and was often used as an excuse to persecute and murder their people.