When is a Sinner Happy? 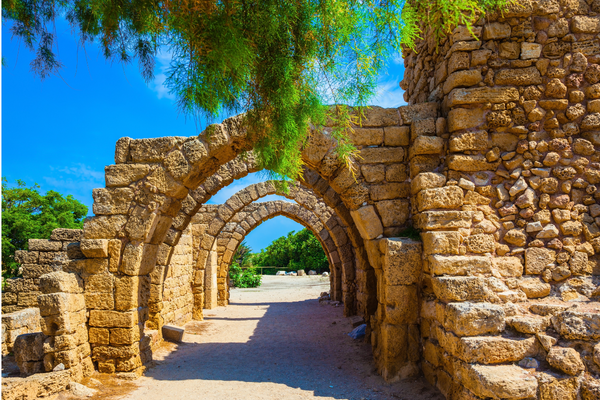 Of David. A maskil. Happy is he whose transgression is forgiven, whose sin is covered over.

I often write about my personal experiences as a father. But I try to learn from everyone and remember the good lessons I learn from others.

One such lesson I learned from a friend of mine who lives in Tel Aviv. From a very young age, her daughter, Sara, aspired to be an actress. This was very much on display whenever I visited. Her daughter tried to attract all the attention even though (or maybe because) the adults were trying to connect and socialize. Sara would literally put on song and dance routines in the middle of the living room.

One time, Sara overstepped all boundaries, shushing her mother in mid-sentence. I fully expected her mother to shut her down with a firm rebuke. But instead, her mother was silent. In fact, all the adults were silent.

Sara’s father announced that it was time for us to go to the restaurant where we had made reservations. We set out for the restaurant and Sara’s mother still hadn’t said a word. We were in sight of the restaurant when Sara jumped in front of her mother, grabbed her around the waist and buried her face in her mother’s stomach, wailing in tears. Her mother wrapped her in a big hug.

It was amazing. Her mother knew that underneath all of the theatrics was a little girl who wanted her mother’s attention. With a little patience, her daughter understood her mistake and came back crying to her mother.

Teshuva is something King David knew quite a bit about, and he wrote about it in his psalms. In fact, teshuva made David happy. Normally, repentance is thought of as a painful and sad process of regret and contrition. So why did it make David happy?

Happy is he whose transgression is forgiven, whose sin is covered over. Psalm 32:1

This seems to contradict the beginning of Psalm 1, which states that a person is happy when he has not sinned at all:

Happy is the man who has not followed the counsel of the wicked, or taken the path of sinners, or joined the company of the insolent; Psalm 1:1

Together, the two verses teach us a deep lesson. Of course a person who never sins is happy when he stands before God. And a person who already sinned and suffered punishment cannot accurately be described as happy. However, if the sinner returns to God out of love, because he misses his close connection with God, he, too, is happy, since his sins are forgiven and he can again enjoy a close relationship with the Almighty.

Though our first reaction to sinning is a desire to run away and hide, the Torah actually commands us to appear in the Temple and to focus on the experience of sinning. In order to atone for the sin, we are required to bring an offering to God. It is fascinating that the word for ‘sacrifice’ or ‘offering’ in Hebrew (korban) comes from the word ‘to come close’. The sin actually becomes the pretext for serving God. When we follow the steps of teshuva properly, we can come even closer to God then we had been before the sin!

Reish Lakish, one of the sages in the Talmud, expressed this idea when he taught the if a person does teshuva out of love, his sins are transformed into merits (Yoma 86b).

Depression is a morass that prevents people from moving forward. Sin can be depressing, preventing people from approaching God. But David taught us precisely the opposite.

If you sin (God forbid), do not give in to depression. Be happy that you understand what you have done. Be happy that the gates of teshuva are always open. God is waiting for you on the other side with open arms, waiting to wrap you in a big hug.