When Benjamin Netanyahu’s Brother Gave His Life for God 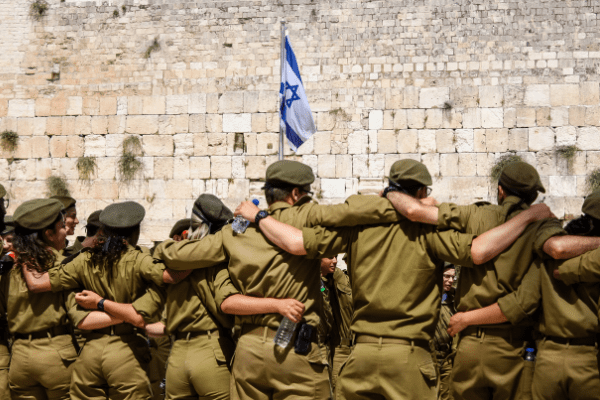 I praise You, for You have answered me, and have become my deliverance.

For almost 2,00 years, the Jewish people did not have a military and were treated as hapless victims of evil. The Israeli victory in 1948, that came against all odds, was surely seen as a fluke by Jew-haters around the world, as was the miraculous victory in 1967.

So when Palestinian terrorists hijacked an Air France airliner in 1976 and flew it to Entebbe, they felt secure, knowing that no one would come to rescue the 106 Israeli passengers. Under the protection of the despotic Idi Amin, the president of Uganda, the four terrorists felt safe knowing that the entire Ugandan army would protect them.

The world was stunned when the tiny Jewish state sent commandos 2,500 miles into enemy territory to save Jews in an operation that stands as an inspiration to all nations. The operation came on the 4th of July, cementing the deep spiritual bond between the US and Israel.

Though a stunning victory for Israel, a closer look reveals deep spiritual meaning behind the raid.

On June 27, 1976, an Air France Airbus A300 jet airliner with 248 passengers took off from Ben Gurion International Airport in Tel Aviv with the destination of Paris. At a stopover in Athens, an additional 58 passengers boarded, including four terrorists who seized the plane and diverted it. The hijacked plane refueled for seven hours in Benghazi, Libya before continuing on to Entebbe Airport in Uganda, where they were joined by at least four more terrorists. In Entebbe, the Jewish and Israeli passengers were taken hostage while the rest of the passengers were released and flown to Paris. To their credit, the 12-member Air France crew chose to remain with the hostages, as did three other passengers. The Ugandan government supported the hijackers, and dictator Idi Amin, who had been informed of the hijacking from the beginning, personally welcomed them.

The terrorists demanded $5 million for the release of the airplane, as well as the release of 40 Palestinian and affiliated militants imprisoned in Israel, and 13 prisoners in four other countries. They threatened to begin killing the hostages on July 1 if their prisoner release demands were not met. The deadline was later extended to July 4.

While negotiating with the terrorists, the IDF began to plan for a daunting rescue attempt codenamed Operation Thunderbolt. Under the command of Yoni Netanyahu, the older brother of the future Prime Minister of Israel, the IDF flew approximately 100 personnel 2,500 miles into enemy territory. In just 53 minutes, they carried out an extraordinary rescue of the entire group of captives, with only a few casualties. Unfortunately, three hostages were killed in the escape as well as the Israeli unit commander, Yoni Netanyahu.

In a personal letter, Rabbi Menachem Mendel Schneerson, the leader of Chabad Hasidism until his death in 1994, addressed the raid in Entebbe:

“Here my thoughts turn to the recent miraculous rescue of the hostages from Uganda. One cannot fail to note the extraordinary aspects at both ends of the hijacking: on the one hand, the ease with which the four terrorists hijacked the Airbus in Athens; and on the other hand, the extraordinary success of the rescue operation. In other words, both the initial tragedy and eventual deliverance clearly point to the Hand of God.

“We see in the revelation that this is the hand of God. God can also perform miracles by those who are not [religiously] observant, as is recounted in several places in the Oral Torah.

“The merit of military personnel, who have chosen to put their lives in danger in order to save lives from Israel, is very large. Their merit in this world, as well as in the World to Come, is guaranteed.

“Mercy on those who do not see it as the hand of God… Protests should be made [against those people]!”

The Rebbe was clear that the raid on Entebbe was not just a military operation. It was, in his words, “the hand of God.” And Yoni Netanayu wasn’t simply a brave soldier – he sacrificed his life on a mission for God!

In his wisdom, the Lubavitcher Rebbe instructed us that we MUST view the events of history as messages from God! God is surely speaking to us. The question is – are we listening?