What does the Torah say about Abortion? 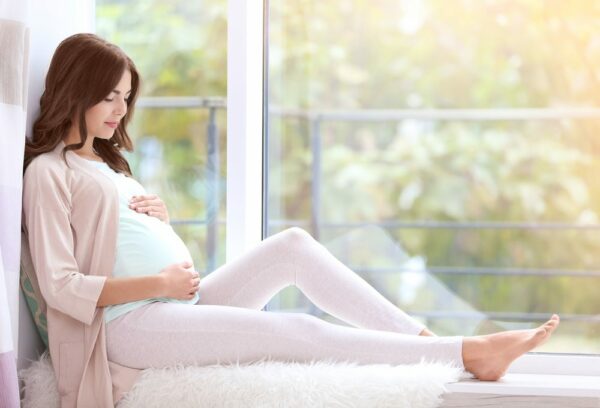 When men fight, and one of them pushes a pregnant woman and a miscarriage results, but no other damage ensues, the one responsible shall be fined according as the woman's husband may exact from him, the payment to be based on reckoning.

Abortion is a very serious issue in today’s society, with more unborn children being terminated every year than any other cause of death. Judaism goes far to protect the life of an unborn child and even allows for the violation of the Sabbath to save the life of a fetus. One Israeli doctor made it his life’s work to fight against abortion in Israel and has been recognized as saving the lives of 8,000 unborn Jewish children. Thankfully, in recent years, Israel’s abortion rate is declining according to Israel365 News. However, Judaism’s nuanced approach to abortion is complex and differs from how many Christians look at the issue. Exodus 21 is the only place in the Torah that discusses the loss of a fetus. As such, it’s relevance to a discussion about abortion needs to be understood in its proper context.

When men fight, and one of them pushes a pregnant woman and a miscarriage results, but no other damage ensues, the one responsible shall be fined according as the woman’s husband may exact from him, the payment to be based on reckoning.But if other damage ensues, the penalty shall be life for life,eye for eye, tooth for tooth, hand for hand, foot for foot,burn for burn, wound for wound, bruise for bruise. Exodus 21:22-25

The verse goes on to state that ”if no other damage ensues”, meaning that her baby lives. In other words, due to contact by the men fighting, the woman goes into labor and delivers the child, but there is no harm to the baby.  Because the child is born without complications, then the guilty man, i.e. the one who caused the fight, must only pay a fine based on causing the miscarriage.

Nonetheless, it is clear from this verse that causing a woman to miscarry and being responsible for the death of a fetus is not a capital offense. Until birth, the fetus does not have the full legal status of a person. In Judaism, abortion is not murder.

Nonetheless, Jewish law permits desecrating the Sabbath to save a fetus which is only permitted in cases in which a human life is at risk. The Talmud (Niddah 44a) explains that although someone who kills a human being is deserving of death, one who kills a fetus is not. And since the fetus is not considered to be a living person, it does not have the right to inherit as does a child already born, it is not defiled by the dead, and only from the moment of birth is it fully considered to be a human being.

As such, there are differing opinions among modern rabbis. Though no rabbinic authority permits intentional abortion when the mother’s life is not in danger, some rabbinic authorities attribute this to the prohibition against murder, others prohibit optional abortion on the basis of the value of the potential human life of the fetus.

As note above, Judaism permits abortion only to save the life of the mother or to protect her from life-threatening illness. A fetus may not be a person in Jewish law, but it is a potential person, and must therefore be protected.

Finally, it should be noted that the case described in the Bible is of unintentional killing, i.e. manslaughter which bears a punishment of exile to a city of refuge. The verse deals more with the increased vulnerability of a pregnant woman than it does with the decreased value of the life of the fetus.

Abortion is intentional killing of a baby in the womb and the verse in Exodus does not seem entirely relevant to the verse which describes a miscarriage resulting from a street brawl. Aborting a viable fetus was unthinkable even in secular terms as a child was the family’s greatest asset and the pinnacle of a man and woman’s existence. We see time and time again in the Bible cases in which barren women and childless men are brought to the extreme of mental anguish.

Despite this legal discussion, abortion is a very serious moral and religious issue facing Israel, America and all other countries in the modern world. As such, prayer is needed to bring Jews and Christians to work together to fight on behalf of unborn children and on behalf of our shared Judeo-Christian values.

DISCLAIMER: The laws and opinions relating to abortion are myraid and complex. This article is not intended to be a definitive presentation of Jewish law but an introduction to how the subject may relate to this section of the Torah. It is always preferable and recommended to make decisions after consulting with a rabbi or religious authority.