Was Isaac Resurrected from the Dead? 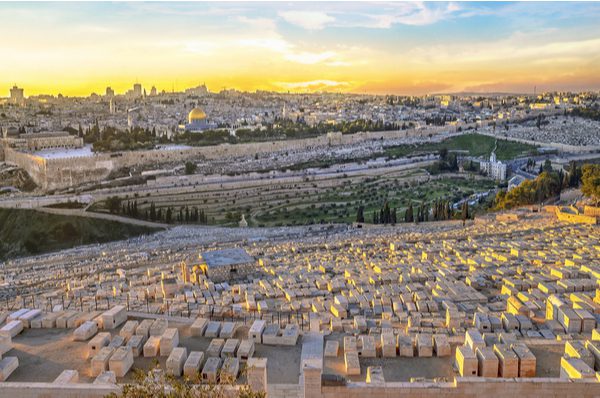 And He said, “Take your son, your favored one, Yitzchak, whom you love, and go to the land of Moriah, and offer him there as a burnt offering on one of the heights that I will point out to you.”

Do you believe in the Resurrection of the Dead? Judaism does! Some even believe that Isaac was the first to be resurrected after Abraham killed him on Mount Moriah.

The final test that Abraham must endure is the most challenging and famous of them all, the Binding of Isaac. God calls him to take his beloved son Isaac upon the altar and to offer him there as a burnt offering. Child sacrifice was common in the ancient Near East, and Abraham was confronted with the biggest challenge of his life: to obey God and kill the son who was just promised to carry on his legacy, or to refuse the divine decree.

The Binding of Isaac is one of the most difficult Bible stories on so many levels. Jewish commentators offer many diverse perspectives on what is really going on beneath the surface and the simple meaning of the text. One of the most incredible explanations was offered more than 1,000 years ago in a work known as “Pirkei D’Rebbe Eliezer” that Abraham carried through God’s original instruction and in fact killed Isaac!

It says, “Abraham brought the knife down onto Isaac’s neck and his soul left his body and then returned, and then Isaac knew that in the future God would revive the dead, and he uttered a prayer, blessing God for resurrecting the dead.”

Jews believe that in the End of Days, God will resurrect the dead. When it comes to the particular details, there is great debate, however, many believe that our physical bodies will rise again and join the worship of God in Jerusalem, which is why for centuries, many Jews wanted to be buried on the Mount of Olives, the closest place to the Temple Mount. The Mount of Olives contains an ancient and massive Jewish cemetery, comprised of Jews throughout history whose eternal wish was to be eternally connected with God and who believed unconditionally in His promise to resurrect the dead.

As a synagogue rabbi attending to the dying and their anxious family members, I often received questions about what happens after death. Most of us have certainly wondered whether there is life after death or the nature of heaven and hell.

In a fascinating and well-researched book, “Journey to Heaven: Exploring Jewish Views of the Afterlife,” noted scholar Dr. Leila Leah Bronner brings to light the Jewish sources on what happens after we die.

Interested in what Judaism has to say about the afterlife, Bronner begins her in-depth exploration with the Bible. The Bible seems to reject the finality of death and suggests some kind of continuity beyond the grave. Later Biblical prophets including Daniel, Ezekiel and Isaiah also describe the dead returning to life, and resurrection as a reward for the righteous.

In her compelling work, Dr. Bronner presents not one Jewish belief about the afterlife but an array of ideas found within the Jewish tradition that all have one thing in common. “Beginning with the Bible and continuing through the sacred texts” the Jewish view on the afterlife is not focused on fear, but always “infused with hope and faith.”