Unearthing Shevat: The Month of Trees 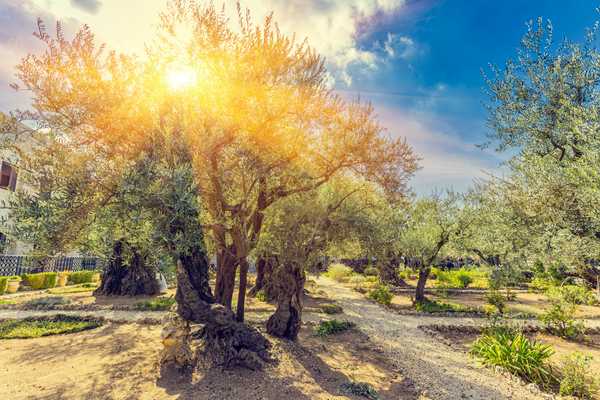 On the twenty-fourth day of the eleventh month of the second year of Darius—the month of Shevat—this word of Hashem came to the Navi Zecharya son of Berechya son of Ido:

“On the twenty-fourth day of the eleventh month of the second year of Darius—the month of Shevat—this word of Hashem came to the prophet Zecharya son of Berechya son of Ido.” (Zechariah 1:7)

This verse from Zechariah is the very first verse in the Hebrew Bible that mentions the month of Shevat. But it’s only the second that mentions “the eleventh month.”

Do you know where “the eleven month” is first mentioned? I’ll give you hint – it’s in the Five Books of Moses…

If you guessed Deuteronomy 1:3 you are correct! As it says:

“It was in the fortieth year, on the first day of the eleventh month, that Moses addressed the Israelites”

Moses began his final address to the Israelite nation before his he died and they entered the Holy Land.

With only a couple of references in all of the Hebrew Bible, this month doesn’t get much press time. But that doesn’t mean it is insignificant. What is the significance of the month of Shevat?

The name Shevat (שְׁבָט) is the Babylonian name of the month, which the People of Israel began to use during the Babylonian exile. Shevat usually overlaps the Gregorian calendar solar months of January and February.

The 15th of Shevat

The month of Shevat is cold and rainy, and sometimes even snowy. But Jewish tradition teaches that most of the year’s rains fall in the Land of Israel by the 15th of Shevat.

On that same day, the sap of the trees begins rising from the tree’s roots into their trunks.

These two natural phenomena are so important that the Sages of Israel ordained the 15th of Shevat as the New Year for the Trees.

This is actually a fascinating issue within the complex Biblical rules of tithing that has wide-ranging implications. But that’s an exploration for another time.

In Hebrew, the 15th of Shevat is also called Tu B’Shevat. Tu comes from the Hebrew letters Tet (ט) and Vav (וּ), which have the numerical value of 15.

Around 500 years ago, the Kabbalists in Safed, Israel added a new dimension to the 15th of Shevat. They ate a celebratory meal featuring the fruits and grains of the Land of Israel. This practice caught on, and today, Jews worldwide make meals with many variations of this practice on Tu B’Shevat. In the Land of Israel, we try to eat the grains and fruits that make up the seven Biblical species (Deuteronomy 8:8).

In 1908, the Jewish National Fund established the modern practice of planting trees in Israel on the 15th of Shevat.

Deeper insights into the month of Shevat

Shevat is the best month to appreciate God’s gift of fruit trees.

In the Bible, God’s first act after making Adam was to plant trees:

“Hashem planted a garden in Eden, in the east, and placed there the man whom He had formed. And from the ground, Hashem caused to grow every tree that was pleasing to the sight and good for food, with the tree of life in the middle of the garden, and the tree of knowledge of good and bad.” (Genesis 2:8-9)

And look at everything we get from fruit trees: wood, sap, leaves, and thousands of species of fruits. Without any of those things, life would be less beautiful and much less tasty!

And that’s not even factoring in how essential trees are for the environment and ecosystems around the world. After all, humans can’t live on treeless planets.

Take time this Shevat to pause and realize the immense gift God has given us in the form of fruit trees. We owe so much of our lives to these incredible gifts, from their beauty and sustenance to the oxygen they provide.

Let the month of Shevat be a reminder of how blessed we are to have trees. And consider doing a Godly act and planting a tree in the Land of Israel.