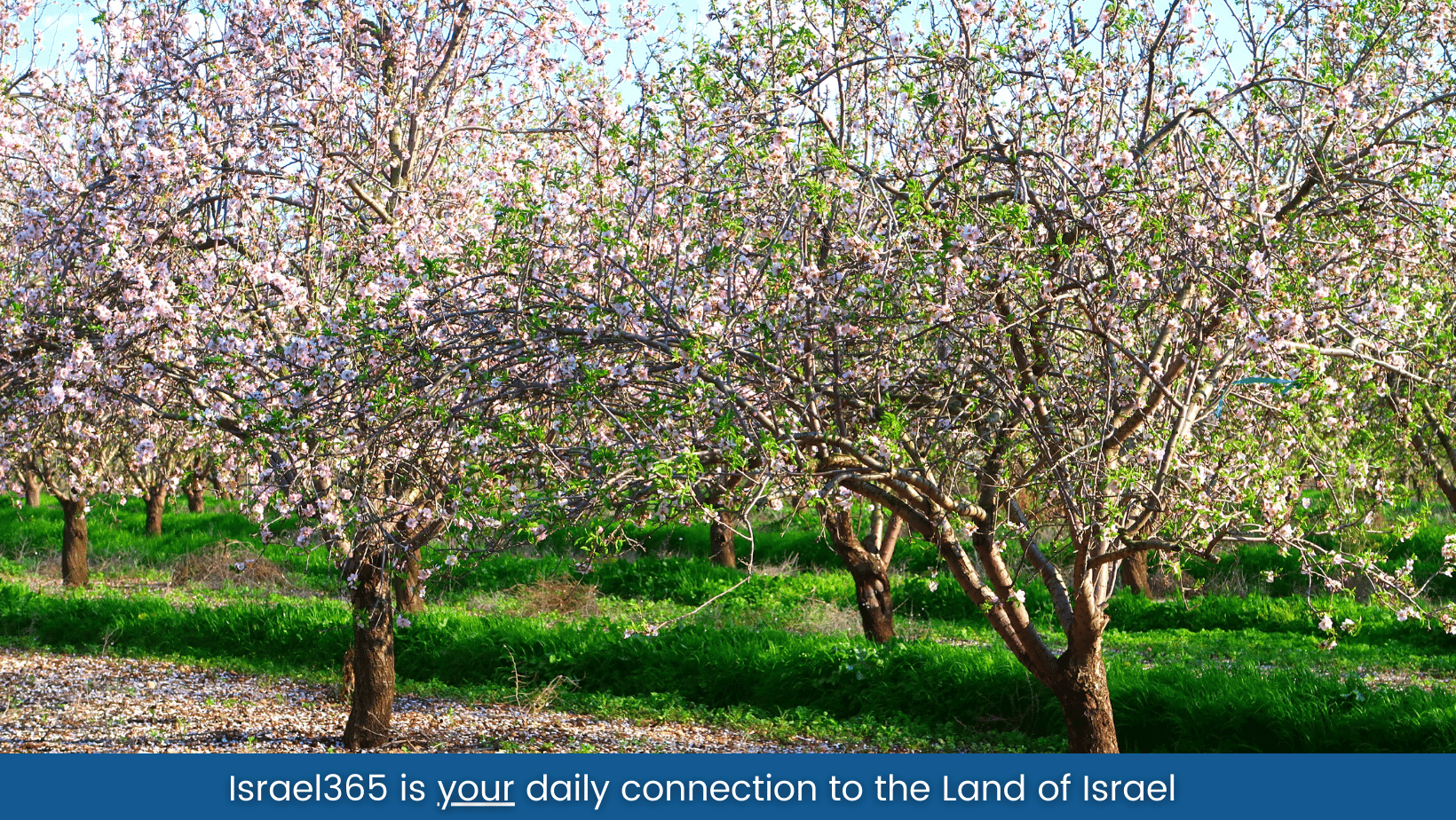 Tu B’Shvat, the fifteenth month of the holiday of Shevat, is, according to the Mishna (oral law), the new year for the trees. But Jews traditionally take the day as an opportunity to go out into nature to plant trees and act that has taken on a deep spiritual significance of renewal and rejuvenation, an affirmation of life and our relationship with God.

Nowhere was this more clear than when  Shira and Amichai Ish-Ran went straight from the hospital to plant trees where Shira was being treated for wounds she received in a terrorist attack the previous month. The young couple was standing at a bus stop outside of Ofra in Samaria when an Arab terrorist opened fire, hitting Shira, 30 weeks pregnant at the time. Amiad Israel was born via emergency Cesarean Section but was pronounced dead after several days in intensive care. When Shira was released just a few days before Tu B’Shvat in 2019, the young couple was joined in planting a tree in their lost baby’s honor.

This aspect of renewal was described by Rabbi Yoel Schwartz, head of the Sanhedrin’s Noahide Court, in an interview with Israel365 News:

“Just like Rosh Hashanah, Tu B’Shevat is a time for introspection and a personal accounting. It is a time for renewal, the beginnings of spring that are still hidden. Everything new in nature is intended to awaken in us the desire to return to God, to seek out God’s influence in the world, especially in this era that is preceding the end of days.”

“Tu B’Shevat needs to be a global day for planting trees,” he said. “In addition, every time a tree is cut down, whether it is a fruit tree or not, it should be replaced and another tree should be planted in its place.”

“Just as prayer and repentance on Rosh Hashanah lead to a blessed year, planting a tree on Tu B’Shevat will bring a blessed year and hasten the Messiah,” Rabbi Schwartz said.

Similarly, trees manifest Israel’s undying aspirations to build and serve in the Third Temple. In Temple times, Jews used to plant olive trees and grapevines during the agricultural season and use the oil and wine harvested in the fields of the heartland for Temple rituals and sacrifices. In the off season, the Jews would learn Torah.

In fact, planting trees was an integral part of the Jews’ hope of returning to the land as the manifestation of their covenant with God.  The Jewish National Fund (JNF) has been planting trees since before modern Israel became a state. Trees were used by early Jewish pioneers to drain the swamps in Israel’s northern settlements as a means to transition rural swamplands into lush farmland, just as prophesied by Isaiah:

“The arid desert shall be glad, The wilderness shall rejoice And shall blossom like a rose. It shall blossom abundantly, It shall also exult and shout. It shall receive the glory of Lebanon (Isaiah 35:1-2).”

This practice was echoed in 2019 when residents of Bat Ayin in the hills of Judea went out to the fields surrounding their community to plant the beginnings of a forest. “When the messiah comes and the Temple is back, we’ll work the land again,” Amnon Segbeker, one of the residents said of the occasion.

But trees are also needed on a more practical level if the Temple is to return. Tree area is such an essential part of the Temple that in 2015, the Sanhedrin began planting trees in preparation for the Third Temple. Wood will be required for the pyres burning on the altar, large amounts of the highest quality olive oil were used in the menorah and for the grain offerings, and the Passover Lamb was roasted on a stick from a pomegranate tree. Wine for the libations must be prepared in a special Biblically mandated manner from grapes that are grown in a specific manner.

The return of these grapes was also described by the prophets as a sign of the rebirth of nation:

“But they shall sit every man under his vine and under his fig-tree; and none shall make them afraid; for the mouth of Hashem of hosts hath spoken (Micah 4:4).”

This aspect of Israel’s arboreal aspirations has not gone unnoticed by the enemies of Israel. Arab terrorists not only target Jews in Israel but they also target the trees that are reappearing as the Jewish presence in Israel grows. Palestinian agricultural terrorism has become a serious problem as their hatred of the land becomes apparent. This has struck the orchards of Judea and Samaria many times, with Arabs burning down orchards that Jewish farmers struggled so hard to nurture.