The Torah’s Secret for Living a Long Life 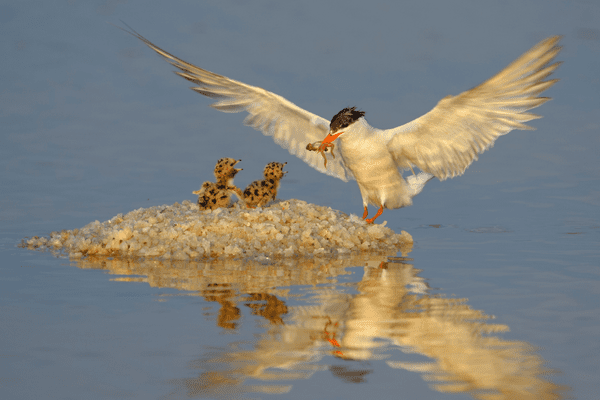 Let the mother go, and take only the young, in order that you may fare well and have a long life.

My friend, Bob, is a health fanatic, running after every new trend that comes out. He has gone from vegan to an all-meat diet. His medicine cabinet is full to overflowing with pills and additives. Every time he finds something new, he tries to drag me along. He has fed me vile concoctions and food items that I could not identify. So I thought it was only fair when I suggested he join me at a lecture the scholar claimed: “guaranteed long life.”

I kept shaking my head before looking around conspiratorially.

“I’ll tell you but you have to keep it a secret,” I said in a stage whisper.

Bob promised that my secret was safe with him.

“Okay,” I said. “But it is really strange, the weirdest thing you have ever heard of. It is ancient knowledge, esoteric, but it has been working for thousands of years.”

“Before you take eggs from a nest, send the mother bird away,” I said finally.

Bob looked angry. “No way,” he said angrily. “That doesn’t make any sense at all. I have to go. I have an appointment to buy a magnetic mattress.”

Deuteronomy presents us with an unusual commandment referred to in Hebrew as shiluach haken, literally “sending of the nest” (Deuteronomy 22: 6-7, The Israel Bible p. 492). The Torah instructs us that if we happen upon a nest and want to take the fledglings or eggs, we must first send the mother bird away. This may not be the most unusual command described in the Torah, but it is one of only two commandments for which the Torah specifies a reward; long life. The only other command which contains a promise of long life is honoring parents. What is the connection between these two and why are they rewarded with long life?

When I was working on the dairy farm on Kibbutz Sde Eliyahu, one of my daily chores was to search the cow shed for newborn calves, removing them to small cages and giving them to drink from oversized milk bottles. The rabbi of the kibbutz could not restrain a chuckle when I asked him if I needed to shoo away the mother cow before taking the calf. He explained that the commandment only applied to birds, and only non-domesticated birds that I “happened upon.”

This commandment is oddly specific in ways that do not seem to make sense. That Talmud describes this as a chok, a divine decree which is not understood. But for the purposes of understanding the Torah, this unusual commandant is the popular focus of speculation.

The Rambam (Maimonides) notes that the worst possible thing for a parent is to witness the death of a child. The Torah is careful to give us a commandment prohibiting us from imposing that cruelty even upon a bird. Maimonides explains that by performing this command, we are practicing this level of compassion and incorporating it into our lives.

The Ramban (Nachmanides) offers a different interpretation. He notes that humans are given the right to consume animal products, but it is ethically abhorrent to act in such a manner that leads to the extinction of an entire species. Taking chicks and the mother at the same time smacks of that. So the Torah permits us to take the eggs but we must send away the mother bird.

It is interesting to note the specific language of the Torah used to describe this commandment. The Torah seems to repeat itself, saying “do not take the mother together with her young” and then repeating this by instructing, “let the mother go, and take only the young.”

Rabbi David Fohrman of AlphaBeta.org explains that undomesticated birds are particularly difficult to catch, flying away at the first sign of danger. The notable exception is when a mother bird is sitting on her nest, “with her young.” A mother bird will remain to defend her young. A wily hunter will see this as an opportunity to capture both the mother and the young, making cynical use of the bird’s maternal instincts. In this case, the Torah is careful to prohibit such action as it desecrates the instinctive aspects of motherhood.

A mother, any mother, will do anything to protect her young. This is true for humans and animals alike. The Torah forbids us from abusing this divinely instilled instinct. This, then brings us to the connection between shiluach haken and honoring parents, and the reward for long life associated with both commandments.

Parents are the source of life. We are, therefore, obligated to honor our parents. But Rabbi Fohrman takes this one step further. The connection between shiluach haken and honoring parents is this idea of honoring the unconditional, unlimited love that a mother has for a child. If you do honor that love, the source of life, your own life will be strengthened.