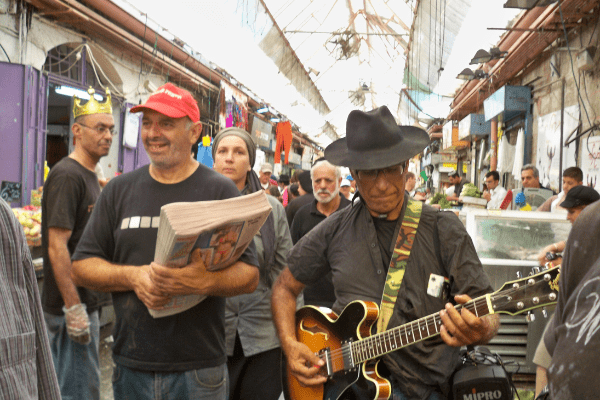 Every work he undertook in the service of the House of Hashem or in the Teaching and the Commandment, to worship his God, he did with all his heart; and he prospered.

It was 1948. World War II had just ended, and the United States was the most powerful and influential nation on earth. After saving Europe from the Nazis and crippling Japan with two nuclear bombs, the fate of humanity rested largely in the hands of this great nation.

While America dominated the free world, the Jewish people were simply trying to survive. Decimated by the Holocaust as the world looked away, thousands of survivors were denied entry to the Land of Israel by the ruling British, who did everything in their power to favor the Arabs and to block Jews from entering the Holy Land. Now, the British were planning on leaving Israel permanently, leaving the Jews in the hands of Arab armies and mobs.

It was clear that the only solution to this power vacuum would be for the Zionist leadership to declare an independent State. But for the new state to survive, it needed the recognition and support of the United States of America. Unfortunately, the US State Department advised President Truman not to support the creation of the new Jewish state, fearing backlash from Arab countries.

Every Jew in the USA with political and financial influence tried to get a meeting with President Harry Truman, but they were all turned down. Even the head of the Zionist Organization, Chaim Weizmann, a cultured British Jew, was refused a meeting with the President. The situation seemed hopeless.

This is when the miracles began.

Someone, somewhere, remembered that Truman had an old Jewish friend named Edward “Eddie” Jacobson. The two had met as teenage laborers in Kansas City, Missouri. During World War One, they ended up serving in the army together at Fort Sill, Oklahoma, running a canteen. This “business partnership” inspired them to open a men’s haberdashery store, which unfortunately failed due to the post-war recession. Despite this business failure, they remained friends until the end of their lives.

On March 13, 1948, Eddie walked into the White House. President Truman seemed to have a hunch about what was coming. Truman opened, “Eddie, you can talk to me about anything. Except Israel.” Truman had been relentlessly bombarded from all sides about the Israel issue, and for whatever reason didn’t want to deal with the issue.

Eddie, a professional salesman, was not deterred: “Your hero is Andrew Jackson. I have a hero too. He’s the greatest Jew alive. I’m talking about Chaim Weizmann. He’s an old man and very sick, and he has traveled thousands of miles [from England] to see you. And now you’re putting him off. This isn’t like you, Harry.”

Truman agreed to meet Chaim Weizmann, on the condition that Weizmann would quietly enter the White House through the back door to avoid the press. The President was very impressed by Weizmann, and promised him that if the Jews proclaimed a state when the British left the land on May 14th, he would recognize it immediately. And so he did.

Sometimes, one bold action by one individual can change the course of history.

When asked to visit President Truman, Eddie could have said that he didn’t feel comfortable doing so. He could have made any number of excuses. Instead, he grabbed the opportunity.

God has placed each and every one of us in the world to make a difference – to make this world a better and holier place. Every moment, every decision, every act of kindness can truly change the world.

Let us grab those moments!