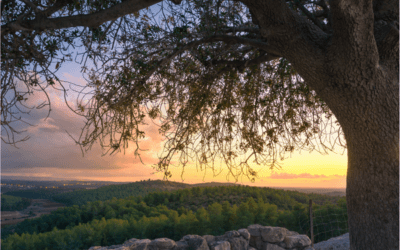 The Lovely Almond Tree: Symbolizing the Temple in Destruction and Resurrection 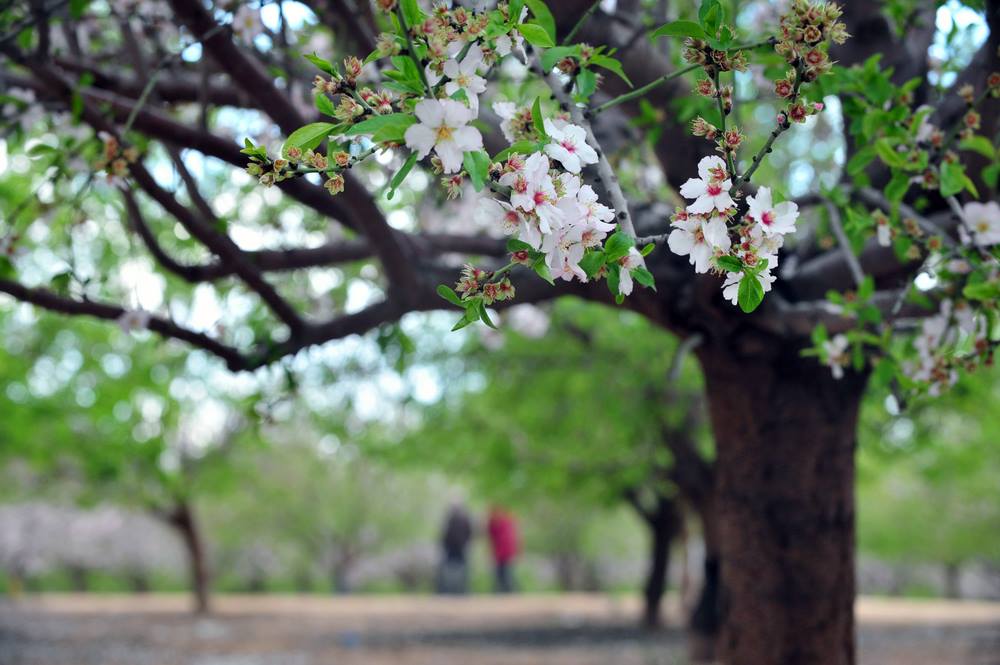 The word of Hashem came to me: What do you see, Yirmiyahu? I replied: I see a branch of an almond tree.

❝The word of Hashem came to me: What do you see, Yirmiyahu? I replied: I see a branch of an almond tree.❞    Jeremiah 1:11

Going out to the fields in Israel in the winter presents the beautiful sight of almond trees in bloom, covered in white blossoms. But it is not for its physical beauty that the almond is mentioned so many times in the Bible.
Jacob relied on the spiritual connection with the almond tree to allow him to overcome Lavan:

“Yaakov then got fresh shoots of poplar, and of almond and plane, and peeled white stripes in them, laying bare the white of the shoots(Genesis 30:37).”

It is its combination of spirituality and beauty that made it a central motif in the golden menorah that was a central feature in the Tabernacle and Temple:

Its spiritual strength made a blossoming branch of the almond tree the perfect staff Aaron that gave him a spiritual victory over Korach and his followers:

“The next day Moshe entered the Tent of the Pact, and there the staff of Aharon of the house of Levi had sprouted: it had brought forth sprouts, produced blossoms, and borne almonds (Numbers 17:23).”

The almond staff was such a powerful symbol that God caused it to appear to the Prophet Jeremiah to begin his prophetic period:

“The word of Hashem came to me: What do you see, Yirmiyahu? I replied: I see a branch of an almond tree (Jeremiah 1:11).”

This vision of an almond branch was clearly a hint at the impending destruction of the Temple with which almonds were so closely associated. It is for this reason that this section of the Boob of Jeremiah is the first haftorah read during the three weeks of mourning for the Temple.

The word Shaked (almond) means to be quick, as the tree is the first to bring forth fruit after the winter. As a warning, the almond indicates that the punishment will come quickly. But the word also means watchful, clearly as a reassuring image that despite the severe punishment, God would continue to watch over Israel.

Again, the almond is set as a sign of danger but also of God’s care:

“When one is afraid of heights And there is terror on the road.— For the almond tree may blossom, The grasshopper be burdened, And the caper bush may bud again; But man sets out for his eternal abode, With mourners all around in the street (Ecclesiastes 12:5).”