What are Noah’s Seven Commandments? 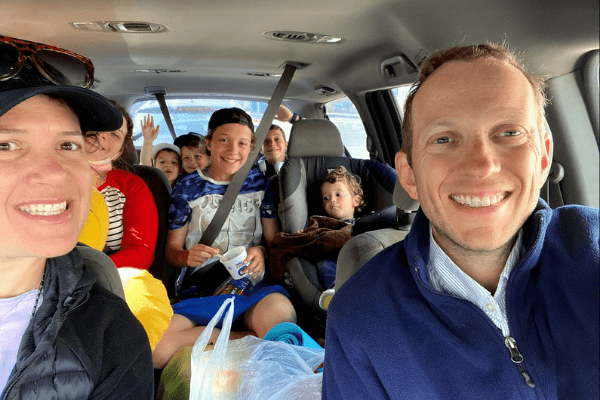 Then Hashem said to Noach, “Go into the ark, with all your household, for you alone have I found righteous before Me in this generation.

I have a secret to tell you. My name isn’t really Tuly. It’s true that everyone calls me that, however “Tuly” is just a nickname for “Naphtali,” the Hebrew name I was given by my parents at birth. In the Bible, Naphtali was Jacob’s 6th son, so is one of the 12 tribes and a popular Jewish name, and it was also the name of my great-grandfather who passed away just a few weeks before I was born. But I also have an English name, which I don’t use regularly, but always feel connected to when we read this week’s Torah portion, and that is: Noah.

Noah Weisz is the name on my driver’s license, passport, and other official documents, and was chosen by my parents just because, well, because they liked the name! I like the name too. The name Noah recalls the great Biblical hero who God chose to save his family along with the entire animal kingdom by building an Ark, however, in Jewish thought, Noah’s impact is much greater.

All of mankind can trace our lineage to Noah and as our common father, his legacy is an inheritance for all humanity. Judaism teaches that Noah’s moral and ethical teachings must be adopted by all of his descendants and has condensed his teachings into seven universal principles that all mankind must adhere to, known as the Seven Noahide Commandments.

Because of my special affinity towards my original namesake Noah, I like to believe that his legacy forms the foundation for my mission at Israel365 and “The Israel Bible”, to connect non-Jews with the beauty of the Torah, the Land of Israel and the People of Israel. I truly believe that Noah’s universal lessons are so important, especially in our generation.

As most Orthodox Jews, I grew up in a pretty insular community and had very few interactions with Christians. Only later in life did I meet many Evangelical Christian Zionists who taught me just how much our two communities have in common.

Jews are usually taught that the Torah is for us, period. We don’t normally think too much about our role within the much larger non-Jewish world, except when we learn about our history and the centuries of persecution we endured. Over the last several years, however, since I started Israel365, I have been very involved with Christians and I have seen firsthand how important it is for us Jews to change our approach. Through the Israel365 daily newsletter and “The Israel Bible” I am trying to spread some of the beauty of Torah outside of the Jewish community, which puts me in somewhat of a lonely position, kind of like Noah.

Genesis 11 contains the lineage of Noah and lists precisely 70 descendants. Based on that number, Jewish tradition teaches that there are 70 unique nations of the world, that all stem from Noah. Noah lived before the Torah was given, yet he was “a righteous man, pure in his generation” (Genesis 6:9), and lived according to 7 principles. These are known as the  “Seven Noahide Commandments” and are the best path for the whole world to follow God.

While Jews have 613 laws, non-Jews have seven. The Noahide laws are the basic principles of a just and moral society which we must not only obey, but encourage others to as well.

The Seven Noahide Commandments are:

Thankfully, most of us already are committed to these seven principles. Society has come a long way since ancient times and recognizes the importance of living according to these universal Biblical values.

Nowadays, whether you’re Jewish or Christian, we can agree that these seven laws are non-negotiable. We can further trace the origin of our shared values to our common ancestor, Noah whose life and legacy we only know of from our shared Biblical Scriptures, the Hebrew Bible. And if we take it a step further in our own generation, and build relationships based on our shared ancestry, our common values, and our deep love for the same God and the instruction manual He gave us, we can achieve so much today.

It’s almost cliche to say, but we are living in truly unique times. The miracles of Biblical proportions that have taken place in the restoration of the People of Israel to the Land of Israel demonstrate that the Biblical account has vital lessons for us today. We are not only meant to read about our ancient history, but find ways to incorporate our timeless Biblical values in our unprecedented era.

Jews and non-Jews are finally setting aside our differences and recognizing that what unites us is so much greater than what separates us. Building a better world together based on the Seven Noahide Commandments is the best way to honor the eternal covenant that God made with Noah.