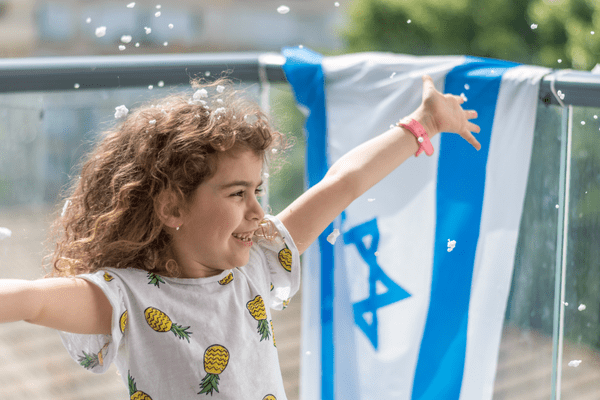 Lo, I raise My hand to heaven And say: As I live forever,

Sure, I believe in God. But can I trust him? Will he come through when I need him? Not in a million years, but right now.

In Deuteronomy, God makes a promise, raising His hand to heaven (Deuteronomy 32:40). According to the medieval commentator known as Rashi, this means that God lifted His hands in an oath that He will bring redemption.

But redemption has been a long time coming. Can we still believe God’s promise?

I was recently watching a magician and it was amazing. He pointed to his hand and said that a bird would appear. A few twists of the hand and a bird appeared. Sure, the appearance of the bird was amazing, but what really amazed me was that I knew it was going to happen and it still surprised me.

That is the way prophecy works. If you read the Bible, you know what is going to happen. But when it does happen, it is a surprise. Everyone should have known that the Jews would return to Israel as a precursor to the Messiah. The return of the Jews should not have surprised anyone. Working against Israel, well, the Bible is fairly explicit about how that works out. Messing with the “apple of God’s eye” is not a good idea.

But just like the magician, God tells us what is going to happen and we are still surprised. And like a good audience, our job is to not look away.

To be honest, I do trust God. Time after time, prophecies have come true. But 2,000 years is a long time to wait!

Rabbi Naftali Zvi Yehuda Berlin (19th century Warsaw) wrote that God made a promise and our job is to believe that God will keep His promise. Even if the redemption doesn’t appear the way we expect it to appear or when we expected it to come.

The Jews in Egypt expected Aaron to take them out and bring them to the Promised Land. They had no idea who Moses was. And when he showed up, he looked like a half Egyptian-half, Midianite man. The redemption came, albeit in a way that was unexpected.

While the smoke was billowing from the Nazi death camps, could anyone have predicted that Israel would come into being just a few years later? Could anyone have imagined a victory over overwhelming odds in just six days in 1967?

Idolatry is setting God in stone, forming Him in the image of what we imagine Him to be. But God is ever-changing. God is in the unexpected. Stating that God’s redemption must come in the manner you believe it must happen is a form of idolatry.

We don’t know better than God. God promised the redemption will come and we have to trust Him.

God made a promise. He will fulfill that promise however He sees fit. Our job is to embrace the redemption as it is, and do our best to help make it a reality.