Mourning During the Omer 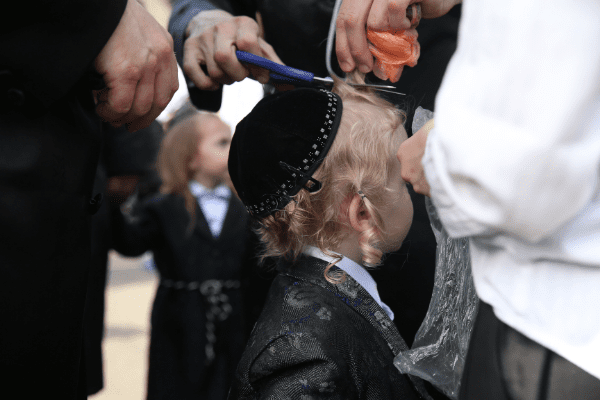 you must count until the day after the seventh week—fifty days; then you shall bring an offering of new grain to Hashem.

There is nothing that is more joyous than being taken out of bondage by the hand of God. But immediately following the celebration of Passover, Jews enter the seven-week period of the Omer which is traditionally a period of austerity and even mourning.

The reasons behind the mournful atmosphere surrounding the period of the Omer are historic. Many tragic massacres recorded in Jewish history purportedly took place in the spring months. According to the Talmud (Tractate Yevamot 62b), 24,000 students of Rabbi Akiva died. Some students went out to fight the Romans in the Bar Kochba revolt (132–136 CE), while others continued studying Torah, and the two groups denigrated one another. They were either killed by the Romans during revolt or they died in a “plague” as a sign of Divine anger during the days of the Omer-counting for not honoring one another as befits Torah scholars. Lag BaOmer, the thirty-third day of the Counting of the Omer, is considered to be the day in which the plague was lifted, and/or the day in which the rebellion saw a victory during the uprising of Bar Kochba. So on that day, all the rules of mourning are lifted.

An implicit message in this is that Jews should take this period as an opportunity to appreciate one another for their unique and different pathways to serve God.

Other contemporary opinions maintain that the mourning period also memorializes Jews who were murdered during the Catholic Crusades in the Middle Ages (1096-1192), the Russian pogroms in the 19th and 20th century, and the blood libels that occurred in Europe. In modern times, the Holocaust is generally included among those events which are memorialized, in particular as Yom Hashoah (Holocaust Memorial day) is observed during the Omer. In addition, the day before Israel Independence Day (Yom Ha’atzmaut) is called Yom Hazikaron [Memorial Day] for those who died in the War of Liberation as well as all IDF soldiers and victims of terror who have perished. The last great deportation to the gas chambers, that of the Hungarian Jews, also took place during the period of the counting of the Omer.

Jewish custom forbids haircuts, shaving, listening to instrumental music, and conducting weddings, parties, and dinners with dancing. Some people do not listen to recorded music during this period while others conclude that it is permissible. In any case, dancing is generally not done. One who wishes to be stringent and refrain from buying new clothes or furniture during these days may do so as a sign of intensified mourning.

It is the opinion of some authorities that only “optional” marriages are to be avoided – i.e., marriages wherein the groom was previously married and has fulfilled the Torah obligation to have children. This is because the commandment to marry outweighs the custom to mourn.

It is permissible to bring in a new Torah Scroll to a Synagogue amidst singing, music, and dancing in keeping with the usual custom, for such singing and dancing is done out of honor for God’s commandment.

As this period of austerity is a matter of custom, there are varying degrees of observance. According to Shulchan Aruch (the code of Jewish law), mourning practices begin with the first day of the Omer counting and continue until the morning of the thirty-fourth day of the Omer.