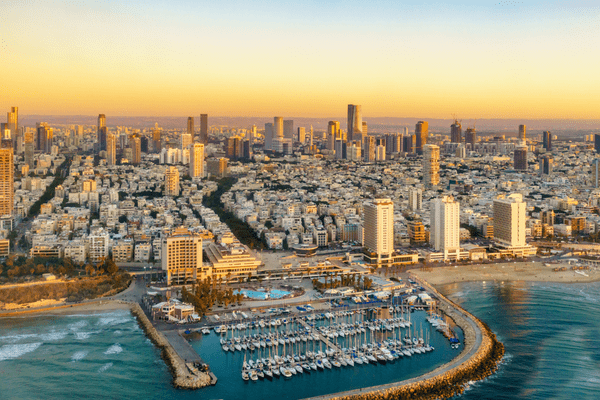 You stand this day, all of you, before Hashem your God—your tribal heads, your elders and your officials, all the men of Yisrael,

I had a friend named Elyon Shemesh who was a gifted drummer and follower of Rabbi Shlomo Carlebach (a rabbi and composer). Though born in Israel, he spoke fluent and unaccented English. One time, he was visiting New York City and he went to Washington Square Park in Greenwich Village in order to hang out with the hippies and artists. He was in a drum circle and was connecting musically with a dreadlocked Rastafarian. Sunset was quickly approaching and it was the time for the afternoon prayers, but there were only nine Jewish men present and Jewish law requires ten men in order to say many of the special blessings. The crowd drifted away as Elyon struggled to gather a minyan, a quorum of ten.

“Reb Shlomo always said that if you have nine men who want to pray, God will send the tenth,” Elyon said to himself.

“Whatcha waiting for, my brother?” the Rastafarian asked.

Elyon struggled to explain the need for a minyan.

“Wow!” the Rastafarian explained. “That sounds holy. I wish I could help. I love the Jewish people but I’m not Jewish.”

The sun was close to setting and time was indeed short as Elyon began to despair.

“Ya,” the Rastafarian continued. “I’m not Jewish but I really love Jews. You see, my mother was Jewish but I’m not.”

Elyon had just enough time to explain that according to Jewish law, Jewish identity is established by the mother. The Rastafarian joyously joined in the prayers which were unique indeed.

Many spiritual disciplines idealize the solitary journey to connect with the infinite. Enlightenment is achieved through meditation on a remote mountaintop. But Judaism is quite the opposite. Jewish prayer is enhanced when said as a group and enlightenment came as the nation gathered together at Mount Sinai.

The Torah further emphasized this point in the Torah portion of Nitzavim. The Torah says that the entire nation gathered in order to enter into a covenant with God:

You stand this day, all of you, before Hashem your God—your tribal heads, your elders and your officials, all the men of Yisrael, Deuteronomy 29:9

What is confusing about this verse is that it doesn’t just say “all of you” gathered together. It says that, but it also lists all the categories of people who were there. It would have been enough to say that everyone was gathered, why does the Torah emphasize every group that was present by listing each one individually?

FIND OUT WHY THE TORAH EMPHASIZES THAT EVERYONE WAS STANDING TOGETHER

Coming together as a group exponentially increases our ability to serve God. The laws of the Torah are many and complex and a typical Jewish community requires several specialists; someone who is trained to do circumcisions, an expert to read from the Torah, a teacher, and many more.

But beyond the practical element of being part of a community, this verse is teaching us something even more profound. This section of the Torah comes directly after the curses that are described to the nation before entering the Land of Israel. Rashi explains the thematic connection between the two sections:

“Because the Israelites hear 98 curses, in addition to the 49 stated in Leviticus, they became disheartened and they said: Who can stand up before these? Moses responded by saying, You are standing here together this day. You have vexed God greatly yet he did not make an end of you and behold you still exist before Him.”

On a simple level, this means that even though you have angered God in the past, you are still standing here today. Just as you survived your previous errors and the punishments that followed, you will continue to exist before God despite future mistakes.

But there is a much deeper lesson here as well. When we stand alone, as individuals, God scrutinizes our actions as individuals. But when we stand together as one we find favor in God’s eyes. It is because you are all standing together, each and every member of the nation, that is why you are able to survive. When we stand together, when we look out for each other, when we help one another, we can survive and will have nothing to fear.

Proverbs adds yet another element to this idea of coming together as one:

A numerous people is the glory of a king; Without a nation a ruler is ruined. Proverbs 14:28

This verse is frequently understood in reference to God Himself. His glory is increased when the multitudes of His people follow His ways, bringing Him a good name in the eyes of the world.

This statement has practical implications as well. When a group of people gather to eat, it is preferable that one person blesses the food for everyone. Rather than say many blessings, it is better that all gathered should join together to praise God. Based on this verse as well, Jewish tradition teaches that if a person has a choice of houses of worship in which he could pray, it is preferable to worship God in the larger congregation, for “A numerous people is the glory of a king.”

The ultimate expression of God’s glory, however, can be learned from its inverse: The greatest disgrace to God’s glory is when the Children of Israel are isolated, scattered and exiled from the land. The greatest glory to the King of Kings, therefore, is the return of the People of Israel to the Land of Israel in large numbers. How fortunate is our generation that has seen millions of Jews from the four corners of the world return en masse to live in Israel, thereby bringing glory to the King of Kings.