Did the Bible copy the Epic of Gilgamesh? 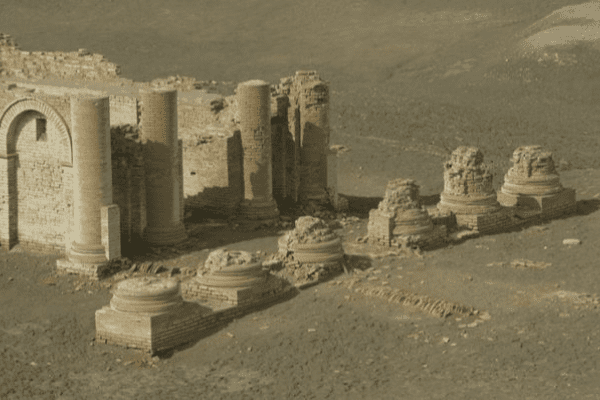 The Epic of Gilgamesh is an ancient story of a great flood that wipes out humanity with many parallel features to the story of Noah. The problem is that the ancient poem from Mesopotamia predates the Bible by a few thousand years.

The Epic tells of a man who built a ship, saved the animals and sent out birds for the all clear signal. In fact, just recently a 3,500-year-old tablet, known as the Gilgamesh Dream Tablet, was returned by the US government to an Iraqi museum, from where it was stolen 30 years ago as recounted in a fascinating article on Israel365 News.

Bible critics pounce on Gilgamesh as “evidence” that the Torah simply copied this story, and therefore discredit our Holy Scriptures as nothing but a collection of borrowed tales and fables.

My friends, if this concerns you, then let me reassure you. The truth of the Bible is much deeper than the waters of Gilgamesh’s flood!

Modern Jewish Bible scholars, such as Rabbi Amnon Bazak, offer a sophisticated understanding of Torah that is rooted firmly in sanctity while confronting Bible critics head-on.

Bazak explains that the similarities between the Torah’s account of the flood and Gilgamesh actually support the credibility of the Noah story. After all, the Torah was given to the Jewish people, a nation that lived in the ancient Near East, where the Mesopotamian culture was widespread and so they were aware of the ancient worldviews.

A close comparison of the two accounts shows that the Torah diverges sharply from Gilgamesh offering a morally superior explanation of the widespread knowledge that a major flood did in fact occur. The Torah presented a radically different worldview that contrasted sharply from the pagan perceptions that preceded it.

The Torah was radical then, and it is radical now.

Although separated by thousands of years, in some ways, our generation is similar to Noah’s. Morality, injustice and violence are rampant and society has lost its moral compass. It’s even more challenging for us since technology is only increasing the speed of culture’s ethical erosion.

Rather than dismissing the story of Noah as merely a made-up legend that therefore has no real-world application to our own lives, we must embrace it with renewed respect. Noah was a “righteous man, pure in his generation, who walked with Hashem.” When he saw the failings of his generation, he took action, followed God, and thereby saved the entire world.

Those of us who are also troubled by the moral degradation of the world we live in must also look to the Heavens for guidance and take courageous actions, even when no one else sees the warning signs. If we act with righteousness and purity and walk with God, then we too can make a difference and contribute to the saving of our world.

By dismissing the eternal truth presented in the Torah’s account of Noah and the flood, Bible critics are missing the boat.