1Cry with full throat, without restraint; Raise your voice like a shofar! Declare to My people their transgression, To the House of Yaakov their sin.

2To be sure, they seek Me daily, Eager to learn My ways. Like a nation that does what is right, That has not abandoned the laws of its Hashem, They ask Me for the right way, They are eager for the nearness of Hashem:

3“Why, when we fasted, did You not see? When we starved our bodies, did You pay no heed?” Because on your fast day You see to your business And oppress all your laborers!

4Because you fast in strife and contention, And you strike with a wicked fist! Your fasting today is not such As to make your voice heard on high.

5Is such the fast I desire, A day for men to starve their bodies? Is it bowing the head like a bulrush And lying in sackcloth and ashes? Do you call that a fast, A day when Hashem is favorable?

6No, this is the fast I desire: To unlock fetters of wickedness, And untie the cords of the yoke To let the oppressed go free; To break off every yoke.

7It is to share your bread with the hungry, And to take the wretched poor into your home; When you see the naked, to clothe him, And not to ignore your own kin.

8Then shall your light burst through like the dawn And your healing spring up quickly; Your Vindicator shall march before you, The Presence of Hashem shall be your rear guard.

9Then, when you call, Hashem will answer; When you cry, He will say: Here I am. If you banish the yoke from your midst, The menacing hand, and evil speech,

10And you offer your compassion to the hungry And satisfy the famished creature— Then shall your light shine in darkness, And your gloom shall be like noonday.

11Hashem will guide you always; He will slake your thirst in parched places And give strength to your bones. You shall be like a watered garden, Like a spring whose waters do not fail.

12Men from your midst shall rebuild ancient ruins, You shall restore foundations laid long ago. And you shall be called “Repairer of fallen walls, Restorer of lanes for habitation.”

58:12 – You shall restore foundations laid long ago 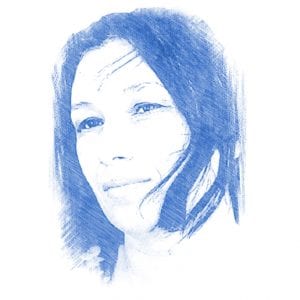 Although the Old City was lost in the 1948 War of Independence, it was liberated in the June 1967 Six-Day War. In May of 1967, Israeli songwriter, Naomi Shemer (1930-2004), composed the song Yerushalayim Shel Zahav (ירושלים של זהב), ‘Jerusalem of Gold,’ for the Israeli Song Festival. In it, she poetically describes the people’s 2,000 year long, ongoing yearning for the city, “How the cisterns have dried, the market-place is empty, and no one frequents the Temple Mount, in the Old City. Jerusalem of gold, and of bronze, and of light, behold I am a lyre for all your songs.” Not only an instant national hit, when war broke out a month later its lyrics and melody expressed the longing for ancient Jerusalem, which would be liberated in that war, in a way that mere words could not. Just after the war, Shemer added another stanza, “The cisterns are filled again with water, the square with joyous crowd, on the Temple Mount within the Old City, the shofar rings out loud.” The ancient ruins were rebuilt and the foundations laid long ago restored. Fittingly, “Yerushalayim Shel Zahav” has become Israel’s unofficial national anthem.

13If you refrain from trampling the Shabbat, From pursuing your affairs on My holy day; If you call the Shabbat “delight,” Hashem's holy day “honored”; And if you honor it and go not your ways Nor look to your affairs, nor strike bargains—

14Then you can seek the favor of Hashem. I will set you astride the heights of the earth, And let you enjoy the heritage of your father Yaakov— For the mouth of Hashem has spoken.

58:14 The heritage of your father Yaakov

Yeshayahu describes the beautiful rewards for following Hashem’s commandments.  Those who do so will delight in the heritage of Yaakov. And what is heritage of Yaakov?  As it says in Sefer Bereishit, Hashem promised Yaakov that the “the ground upon which you are lying (i.e. the Land of Israel) I will assign to you and to your offspring” (Geneis 28:13). 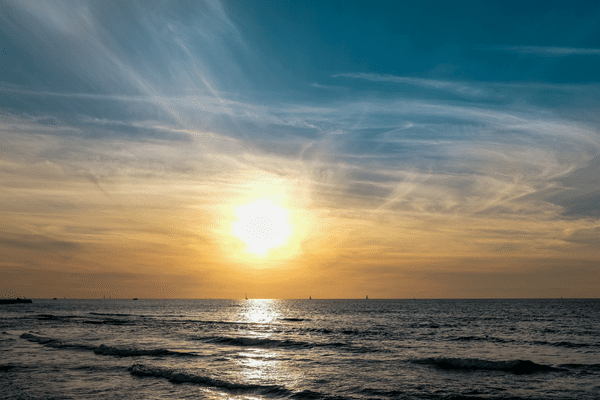 How Far Away is Heaven? 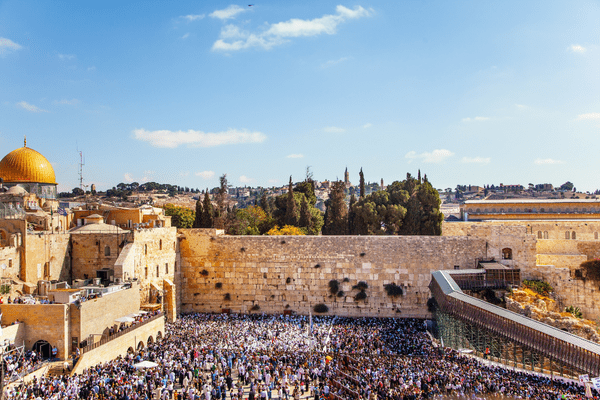 Is Israel Big Enough to Hold the Ingathering of the Exiles? 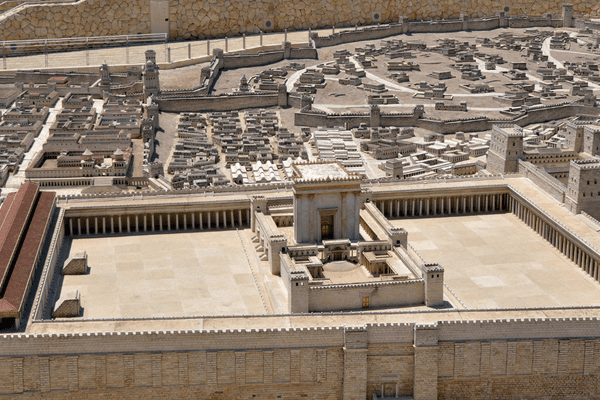 Why Will the Third Temple Last Forever?