“Avocados are Bad for You!” and other Absolute Truths 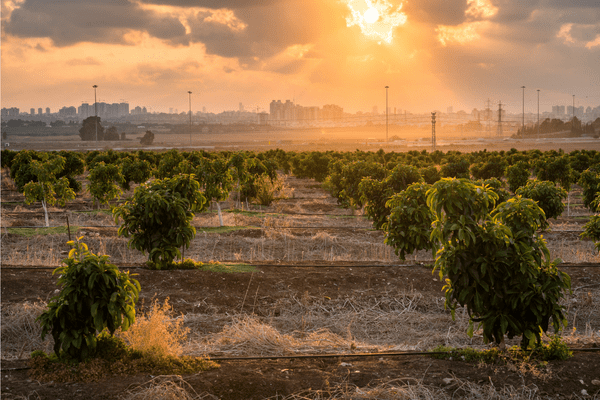 The sum of the matter, when all is said and done: Revere Hashem and observe His commandments! For this applies to all mankind:

In 1912, as the women’s suffrage movement was beginning to pick up steam, the brilliant former President of Princeton University and the newly elected President of the United States, Woodrow Wilson, made the following comments on women and voting:

“The principal objection to giving women the ballot is that they are too logical. A woman’s mind leaps instantly from cause to effect, without any consideration whatsoever for what lies between. She thinks too directly to be enfranchised en bloc. She would run into all sorts of trouble! For instance, a woman’s mind works like this: if she was desperately anxious to accomplish a particular thing, she would ignore every obstacle that lay in her path and try to get it by instant, direct action.  Now in politics or in life… you cannot always proceed in a direct line.  You must meet obstacles as they arise, and deal with them the best way you can…  a woman will not do that.” (cited in David Lawrence, The True Story of Woodrow Wilson, The Evening Star, March 5, 1924)

When we read a quote like this, it sounds like it’s from an alternate universe – a different planet altogether!  But 100 years ago, Woodrow Wilson was by no means unique; his opinions were not only acceptable, they were shared by millions of Americans in the most democratic and enlightened nation on earth! As certain as we are about a woman’s right to vote, Woodrow Wilson, the brilliant leader of the free world, was equally certain about the inability of women to vote!!

How can we be sure that 100 years from now, our own views and way of life won’t look as ridiculous as Woodrow Wilson’s views look today? The answer is found in a book read today in synagogues all over the world: Ecclesiastes.

“All this I tested with wisdom. I thought I could fathom it, but it eludes me.” (Ecclesiastes 7:23)

Our possessions and our wealth are transitory; we cannot bring our financial savings with us to the next world. But King Solomon goes even further, explaining that even our wisdom and knowledge, the very eyes through which we perceive and understand this universe – even that is temporary and futile!

It’s amazing how often accepted opinions are flat out wrong. Growing up in the 1980s, I never once ate an avocado, because as everyone (and my mom!) knew, avocados are terrible for your health! US dietary guidelines at the time pushed people to adopt a low-fat diet, and avocados are high in fat. Only years later did scientists realize that avocados are chock full of nutrients and have plenty of benefits. Pass the guacamole!

As Ecclesiastes makes clear, human wisdom is fundamentally uncertain. Only God’s wisdom and holy ways, which He has blessedly given us through the Bible, is everlasting. As King Solomon writes at the very end of Ecclesiastes:

“The sum of the matter, when all is said and done: Revere Hashem and observe His commandments! For this is the whole of man.” (Ecclesiastes 12:13)

Each year, during the holiday of Sukkot, the Festival of Tabernacles, the people of Israel read the book of Ecclesiastes. For both Ecclesiastes and the holiday of Sukkot teach us this critical lesson: that human endeavor and human wisdom are fundamentally uncertain. On Sukkot, we leave our sturdy homes and comfortable heating and air-conditioning systems, to sit outside in huts, where we are exposed to the elements. By sitting in huts, we remember that what seems so sturdy – our possessions, our homes and even our wisdom – are not really lasting. At the end of the day, the only thing we can rely on is God.