An Impractical Law With an Invaluable Lesson 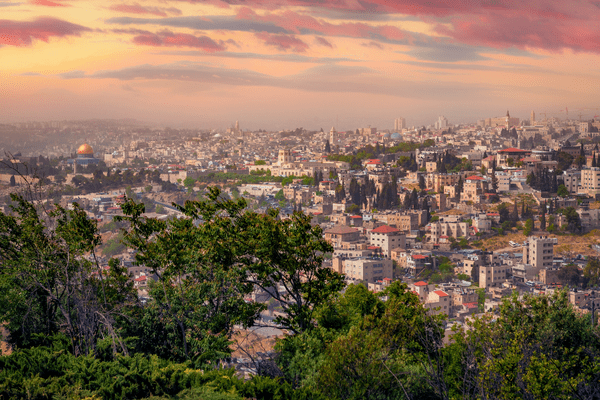 If a man has a wayward and defiant son, who does not heed his father or mother and does not obey them even after they discipline him,

When my precious young son was ten years old, he came to me in tears. He had just learned the section of the Torah about the rebellious son (Deuteronomy 21:18-21).

“I love you Abba (father),” he said. “But sometimes I am disrespectful to you. I don’t want you to take me to the judges and have me killed. How could an Abba do such a thing?”

To be honest, I almost cried at how sweet my little boy was.

“You don’t have to worry,” I assured him, taking the opportunity to put him on my lap. “The Talmud says that it never happened. There never was a rebellious son that was taken to be judged and there never will be.”

He eyed me suspiciously. “So then why write about it?” he asked.

“So that little boys like you would ask their Abbas about it,” I said. “There is a lot to learn from the story in the Torah.”

I am pretty sure the episode ended in hot cocoa and cookies, as so many of our Torah lessons did.

I thought that I had done my due diligence as a father, but this week I had a talk with my now-teenage 16-year-old son and I was shocked. He told me that this section of the Torah still bothers him.

He repeated the same question, this time in a deeper, almost-man voice, but in exactly the same words.

“If the rebellious son never happened, then why did the Torah write about it?”

When God sends such a powerful message to me through a person who I love so much, I figure it deserves some deep thought.

The Talmud (Sanhedrin 71a) goes into great detail about this mitzvah but then notes that such a case never happened:

There has never been a stubborn and rebellious son and there will never be one in the future, as it is impossible to fulfill all the requirements that must be met in order to apply this halakha. And why, then, was the passage relating to a stubborn and rebellious son written in the Torah? So that you may expound upon new understandings of the Torah and receive reward for your learning, this being an aspect of the Torah that has only theoretical value.

This conclusion of the Talmud lead to a dispute between Rabbi Shlomo Ephraim Luntschitz (16th century Prague) known as the Kli Yakar, and Rabbi Shmuel Eidels (16th-century Poland) known as the Maharsha. The Kli Yakar commented that the section about the rebellious son was intended as a lesson to children. Like my little boy, they would read the Parsha and learn to act with more respect towards their parents. The Maharsha taught that the Parsha was intended as a lesson to parents, teaching them the awesome responsibility of raising children. If parents were not careful, their children could grow up to pose a threat to the world.

Along the lines of the Maharsha, Rabbi Ephraim Mirvis, Chief Rabbi of the UK, focuses a specific lesson for parents gleaned from the terminology used in the Torah. The Torah writes that the parents complain about the rebellious child: “he does not heed us” (Deuteronomy 21:20). To be more precise, the Hebrew verse states “אֵינֶנּוּ שֹׁמֵעַ בְּקֹלֵנוּ” (einenu shome’a b’kolenu), which literally means ‘he does not hear our voice (singular)’.

Rabbi Mirvis explains that if the parents had said, “He does not listen to our voices (plural)”, the son could not be classified as rebellious because the parents were not unified in their way they related to their son. The parents were giving him mixed messages at home, and it was therefore not a surprise that the child turned out the way he did. The parents are at least partially to blame for his rebelliousness.

But if the parents were unified and the son was, nonetheless, rebellious, the guilt is entirely his.

It is not enough for an individual parent to raise a child in the way that he or she thinks is right. Parenting is a partnership, and both parents need to be unified in the lessons and values they convey to their children. This does not mean that each parent needs to be identical, God forbid. Each parent has a unique relationship with each child and neither parent is the final word.

But when it comes to discipline, values and faith, the parents should be aligned and convey clear message to their children. When there is clarity and clear expectations in the home, parents can then raise children who will be a source of pride and joy.