A Land Flowing With Milk and Honey 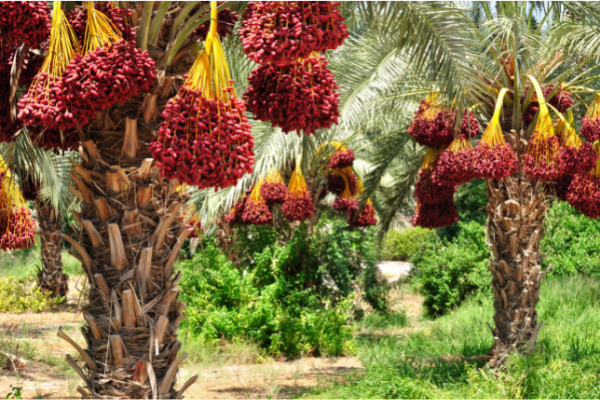 So, when Hashem has brought you into the land of the Canaanites, the Hittites, the Amorites, the Hivites, and the Jebusites, which He swore to your fathers to give you, a land flowing with milk and honey, you shall observe in this month the following practice:

As the Hebrews prepare to leave Egypt, Moses reassures them that God will take them to a “land flowing with milk and honey.” This phrase is immensely important, appearing 14 times between Exodus and Deuteronomy, another time in Joshua, twice in Jeremiah, and once in Ezekiel. The promise was proven true by the spies forty years later (Numbers 13:27):

“We came to the land you sent us to; it does indeed flow with milk and honey, and this is its fruit.”

Ironically, in the Book of Numbers, the rebels Dathan and Abiram use the phrase to refer to Egypt (Numbers 16:13-14).

The Israel Bible explains the phrase as follows:

Eretz Yisrael is described many times throughout the Bible as a land flowing with milk and honey. Rashi explains this expression quite literally: Milk flows from the goats, and honey comes from the dates and figs that Israel is known for. Ramban adds that the word “flowing” is used, which indicates exceptional fertility and abundance. On a metaphorical level, the Midrash explains that milk is a nutritional necessity whereas honey is a savory delicacy. Hashem promises that the Land of Israel will provide not only the essential things needed to survive, but also sweet luxuries.

Nachmanides, otherwise known as Ramban, writes that the key word in the verse is “flowing.” Fruit trees grow in many places but they overflow with nectar only when the land is especially fertile and when the trees are particularly well-nourished. Similarly, livestock survives in many places but only overflow with milk when they graze in particularly fertile pastures.

The Midrash explains that milk symbolizes superior quality, the richness of taste, and nourishment. Honey represents sweetness. The goodness of Israel is both nourishing and pleasant.

But honey can also refer to actual honey produced by bees. In 2017, Prof. Amihai Mazar discovered the oldest known apiary, or beehive colony, in the Middle East, dating to the 10th to early 9th centuries BCE. The 30 hives were located in the Beit Shean Valley in Tel Rehov, which is believed to have been one of the Israelite kingdom’s most important cities.

This blessing seems to still rest on the Land of Israel. Most countries around the world are suffering from Colony Collapse Disorder (CCD), the disappearance of honey bees. According to the Natural Resources Defense Council, more than 25 percent of the managed honey bee population has disappeared in the United States since 1990. But in Israel, damage to hives is miraculously non-existent, despite the use of the same pesticides that are shown to lead to CCD. 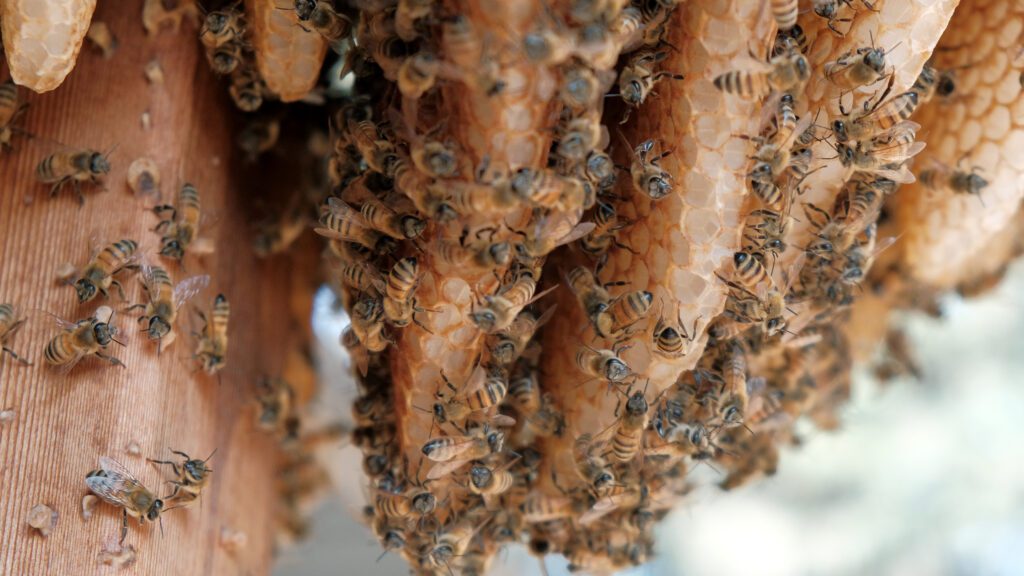 A beehive in the Golan Heights (Shutterstock.com)

And if bees do disappear in Israel, there may be another solution. In 2019, a team of students and scientists at the Technion-Israel Institute of Technology in Haifa won a gold medal at the international iGEM competition in Boston for technology that created honey by using bacteria.