Why Should Christians Care About The Fast Of Tevet? 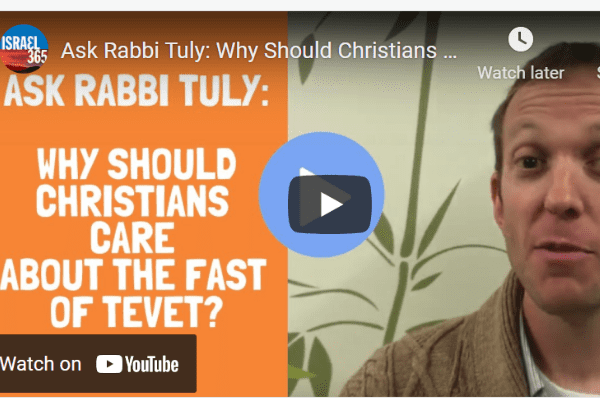 Rabbi Tuly Weisz discusses the significance of the Fast of the Tenth of Tevet, and why this day holds significance for both Jews and non-Jews. This day commemorates not only the siege around Jerusalem by the Babylonian king Nebuchadnezzar, but also the translating of the Torah (Hebrew Bible) into Greek for the first time. While at the time this was a calamity for the Jewish People, now much good comes from non-Jews being able to study the Bible.