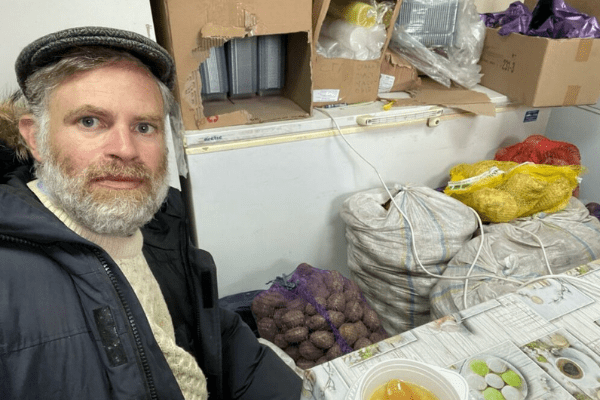 He will hold up a signal to the nations And assemble the banished of Yisrael, And gather the dispersed of Yehuda From the four corners of the earth.

It was only three weeks ago that Russia invaded Ukraine, sparking a massive humanitarian crisis in the fastest-growing refugee crisis in Europe since World War II. Even before the invasion, as news spread that a Russian invasion of Ukraine was coming soon, Israel365 leaped into action. We quickly created an emergency fund, raising an astounding $103,000 in less than a week. We have already given out tens of thousands of dollars to support communities, refugees, and to bring Ukrainian Jews back to Israel.

To ensure that this aid was properly distributed, Israel365 sent the intrepid Josh Wander to the region. His updates chronicle his remarkable efforts to help; providing meals, accommodations, and helping the refugees navigate the aliyah process. Refugees arriving at the centers related horror stories of dead bodies on the way and people having to walk for 25 kilometers to the borders, no international aid, no water, no food, cars that ran out of gas and batteries, sitting helplessly on the side of all the roads. Ukrainian currency was practically worthless, making the plight of the refugees even worse. 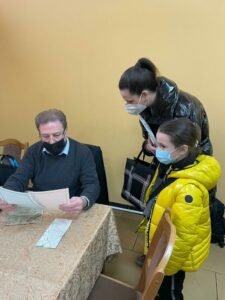 At the same time, Josh led prayers and hosted Shabbat for hundreds of refugees. He somehow procured tents, mattresses, sleeping bags, blankets, generators, and heating. A satellite phone was brought in from the Netherlands to the Chief Rabbi of Moldova, who is running the refugee center in Chisinau, making communication possible against all odds. The refugee center is now able to provide 1800 meals per day. The small oven broke down and a commercial oven was somehow found. 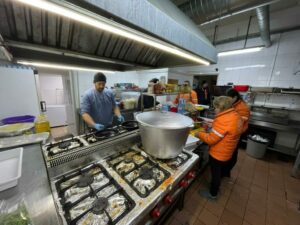 He was even able to gift toys, games, arts and crafts materials, and kosher food for 50 children in the orphanage, bringing smiles to a grim situation. 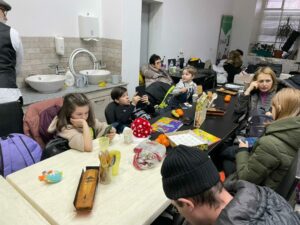 Life went on nonetheless as two weddings were held in the refugee center.

Josh relocated several times as the points to cross the border changed due to the progressing war, sometimes working from Moldova while other times required operating from Romania. Citizens of both countries feared that Russia would invade them next, making them refugees. He hopped back to Israel for a short visit before returning to his mission. The dire situation was highlighted by armed Moldovan troops guarding over the El Al plane as it sat on the tarmac.

Supplies were getting more scarce and more expensive by the day but according to all reports, the situation was even worse inside Ukraine. To make matters worse, both Russian and Ukrainian armies were intercepting and stealing food destined for starving civilians.

As grim as this sounds, Josh made it happen, thanks to the generosity of the Israel365 community.

But the struggle is just beginning. The conflict has destroyed the civilian infrastructure and caused both civilian and military casualties. The UN reported that in the first week, more than a million refugees from Ukraine crossed borders into neighboring countries, and many more are on the move both inside and outside the country. An estimated 2.5 million refugees have fled the country to date. As the situation continues to unfold, an estimated 4 million people may flee Ukraine. Most of those fleeing Ukraine are women and children. Ukrainian males aged 18 to 60 were banned from leaving after their national government-enforced martial law.

When the crisis began, Israel anticipated a massive influx of refugees and has already granted the approximately 20,000 Ukrainians already in the country, most illegally, temporary protection from repatriation. In addition, Israel will take in another 5,000 Ukrainian refugees in the very near future. At this rate, Israel will be one of the world’s leading countries of destination and refuge for Ukrainian citizens fleeing the war, both in absolute numbers and certainly based on the country’s size.

Israel expects to absorb some 100,000 Ukrainian refugees in the coming weeks and months within the framework of the country’s Law of Return.