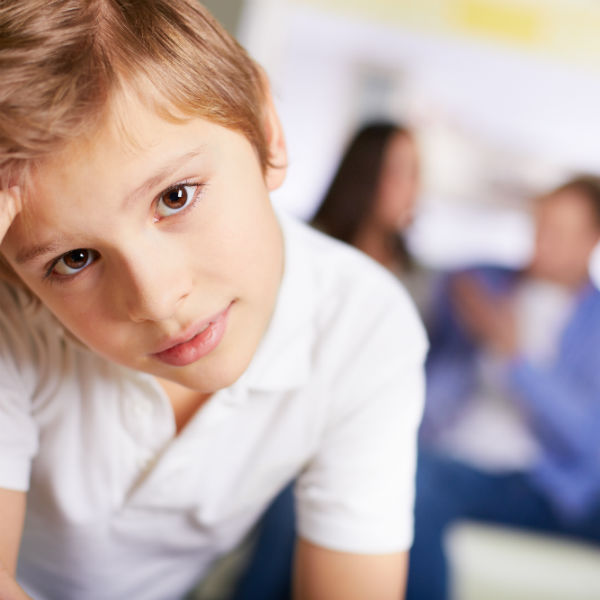 Children are remarkable creations, for a number of reasons. However, tragically, one of the most important reasons is greatly ignored: the opportunity they represent for their parents, and anyone else who will influence their lives.

It actually reminds me of a situation that most computer owners have to deal with at some time or another. I certainly have had to on a few occasions, and though the example is a little crude, it makes the point.

The hard drive of the average computer over time becomes a smorgasbord of programs and applications. Out of the box, a new computer is streamlined, thoughtfully loaded up with an operating system and subsidiary programs meant to maximize the user’s computing experience with the least amount of resistance. The goal is to be “user-friendly,” and if not done right, technology can become anything but.

Some users, however, usually want more from their computers than what the average manufacturer provides, and add application after application to expand the computer’s capacity. In some cases too much new or incompatible software can create a point of diminishing returns. This causes a computer’s OS to freeze, or worse, to crash. Important information can become irretrievably lost.

More than once have I been forced to start from scratch again. After adding applications, and then all of my personal preferences, problems developed over time that were best resolved by restoring my computer to its original out-of-the-box state. I had then to painstakingly “rebuild” my hard drive again, application by application.

It can be very time-consuming, and frustrating, especially if it happens during an important time-sensitive project. Once it took me three days to get back up to speed again. As bothersome a process as it is, there is an advantage as well: I get to consciously redesign my hard drive giving me more control over the final product. Taking advantage of wisdom gained, of what works well together and what does not, I can organize by computer to be more efficient.

Out-of-the-box, so-to-speak, a baby is also quite “streamlined.” We don’t have a whole lot of say regarding what we get, only what we do with the baby after we bring it home. The original programming is God’s:

[A baby in the womb] is also taught all of Torah, from the beginning until the end . . . As soon as it sees the light, an angel approaches, slaps it on its mouth and causes it to forget all the Torah completely . . . It does not emerge before it is made to take an oath . . . to be righteous, and to never be wicked . . . (Niddah 30b)

After the baby has been born we are the ones who add the programs and the “applications,” in a manner of speaking, that allow the child to develop and become so much more than it was born.

There is a fundamental difference between what we do to a hard drive and what do with our children. The goal of adding information to a hard drive is to make it more user-friendly for us. The goal of adding information to a child’s brain is to make life more user-friendly for the child. We want our children, those to whom we give birth, and all those whom we will eventually influence, to make the most out of their lives.

If you think about it, the analogy is not so crude after all, because the initial years of a child are all about programming and conditioning:

Long thought to be a clean slate to which information could be added at any time, the brain is now seen as a super-sponge that is most absorbent from birth to about age 12 . . . Stimulation directs cells’ organization, scientists have found, and the basic framework is complete by about age 12 . . . Information flows easily into the brain through “windows” that are open for only a short duration. Then the windows close, and the fundamental architecture of the brain is completed. “A kind of irreversibility sets in,” said Felton Earls, a child psychiatrist at Harvard University. (Chicago Tribune)

Eventually children grow up and question so much of what they were told and taught, but in the beginning, they just automatically and quite unconditionally absorb and assimilate everything. They do this either through our words, actions, or general mood.

What makes this process so critical, as unassuming as it may seem to most adults, is that it is during these years that a person develops his core beliefs about life. These are the most fundamental of fundamental beliefs that a person develops, what it is, what it is for, what he can expect from it, and what he should give back to it, while sharing the universe with billions of other people.

Even though a person will think about and feel millions of things over the years, when it comes to making a decision about what to do in any given situation, his acquired mindset will dictate the “rules of engagement.” He will be inspired by what he has become conditioned to be inspired by, and dedicated to what he had been programmed to find important. Life is that precarious.

Therefore, to change one’s mindset later on in life, which is often a matter of changing one’s incorrect core beliefs from youth, while possible, is not so easy. This is why some people become ba’alei teshuvah (religiously observant) and others do not: The former grew up with some semblance of Torah values, albeit in a secular environment, that the others did not, making the change of mindset less radical, and therefore, less difficult.

Not surprisingly, the Torah world is the only one that really seems to take this reality of life seriously. It urges the parents to jump into the child’s intellectual life extremely early, at an age at which most other cultures assume it is too early to educate a child. When the child is most open, and therefore the most vulnerable, most cultures, especially in the secular world, leave their children on shaky intellectual and emotional ground.

Even the Torah word for “education” is very instructive: chinuch—Chet-Yud-Nun-Vav-Chof— which, like the word “Chanukah,” means “initiation” or “inauguration.” It also means “dedication,” making it clear that whatever we teach a child, and in whichever manner we teach it, the bottom line is that it will educate the child about what is worthy of dedication in life. Make a mistake about this, and the child, adolescent, and eventually the adult, will waste his time and energy on meaningless pursuits.

The root of “chinuch,” which is “chayn”—Chet-Nun—also says a lot. Usually translated as “grace,” more accurately it describes a phenomenon that results from a spiritual energy emitted by a person whose soul is able to reveal itself to the world beyond his body. This happens when a person acts in a soul-like manner, that is, in a noble fashion. This is in turn has a magnetic effect on other people, since it touches their souls as well.

In life, there are always exceptions to the rule. However, more often than not, the rule rules, which is why life is so consistent. Thus if a child grows up with inspired parents who live an inspiring life, more than likely his life will follow suit. He will be inspired, and he will be inspiring, accomplishing meaningful things in life while inspiring others to do so as well.

If a child grows up in an uninspired home, which happens too often, then he will lack inspiration and the ability to inspire others. His mindset will be negative, and his core beliefs will dictate that life has little to offer him, so why should he offer life back anything in return? The person’s life becomes meaningless unless by the grace of Heaven something dramatic occurs to change the situation.

This reveals the great opportunity of raising and molding children. It is not just about giving a child an education, but about giving him an entire life of meaning and productivity, and not just him, but everyone else he or she will impact along their journey. No wonder we need so much Heavenly help to be successful when raising children, which apparently begins even before a child is born. Divine inspiration begins as early as in the womb.

The greatest symbol of failure in this respect is mentioned in this week’s Torah portion, which says:

If a man has a wayward and rebellious son, who does not obey his father or his mother, and they chastise him, and [he still] does not listen to them, his father and his mother shall take hold of him and bring him out to the elders of his city, and to the gate of his place. They shall say to the elders of his city, “This son of ours is wayward and rebellious; he does not obey us; [he is] a glutton and a guzzler.” And all the men of his city shall pelt him to death with stones, and he shall die. So shall you clear out the evil from among you, and all Israel will listen and fear. (Deuteronomy 21:18-21)

This is the mitzvah (Biblical commandment) of“Ben Sorrer u’Moreh,” or “wayward son” – the rebellious son who the Talmud says is killed before he can do any real serious damage and lose his portion in the World-to-Come. Though the Talmud is not certain that such a punishment was ever carried out, given the conditions that had to be met to make it possible, its message is clear.

After all, how do we know that the child won’t change for the better? History is filled with Ba’alei Teshuvah who have come from the worst of backgrounds to become relatively righteous. Maybe the Ben Sorrer u’Moreh will grow up and become more mature and change his erring ways.

The Torah is saying that it is highly unlikely. So unlikely, in fact, that we do not gamble with his portion in the World-to-Come and let him live. How does the Torah know? Because any child who can do such evil at such a young age is one who was programmed so poorly that the potential for teshuvah (repentance) is either minimal or non-existent. The parents, somehow, squandered the opportunity to properly educate their child and now it is lost forever.

It doesn’t have to be that the parents abused the child in any way, or that anyone else did for that matter. It can be that the parents just did not provide the emotionally safe haven children require while growing up. They need this until they are emotionally mature enough to cope with the trials and tribulations of living in this world on their own. Clearly the number one ingredient for a well-balanced child remains to be shalom bayis—a peaceful home.

Children apparently remember everything, the good and especially the negative. They don’t always do this consciously, which makes matters even more difficult later on in life. It is our unconscious negative memories that are our skeletons in our closets. The less we have as children, the less we will have as adults.