The Many Names of God 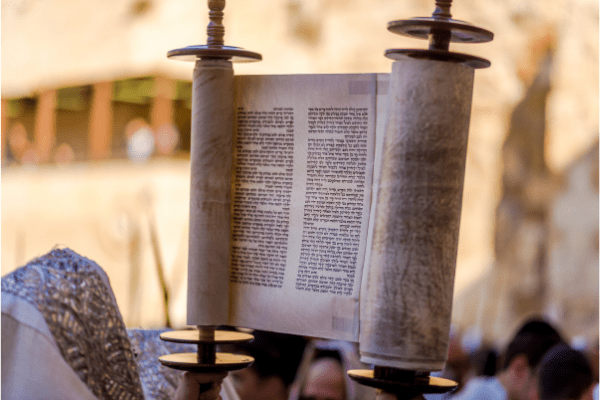 And Hashem said to Moshe, “Ehyeh-Asher-Ehyeh”. He continued, “Thus shall you say to the Israelites, ‘Ehyeh sent me to you'”.

In Moses’ dramatic first encounter with God, he asks who he should say sent him to free the Jews. More precisely, he asks, “When I come to the Israelites and say to them, ‘The God of your fathers has sent me to you,’ and they ask me, ‘What is His name?’ what shall I say to them?” (Exodus 3:13).

God answers enigmatically, “Ehyeh-Asher-Ehyeh” (usually translated as ‘I will be as I will be’). He continued, “Thus shall you say to the Israelites, ‘Ehyeh sent me to you’” (Exodus 3:14). 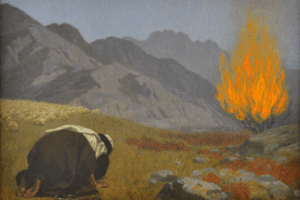 This exchange would have been much simpler had God answered with one of the names known to the patriarchs. This underscores an internal contradiction in the Bible: the Torah is decidedly monotheistic however even from the outset in the story of Creation, it refers to the One God by several names.

There are seven names of God that, according to Jewish law, once written cannot be erased because of their holiness. The prohibition of blasphemy, for which capital punishment is prescribed in Jewish law, refers only to the Tetragrammaton. 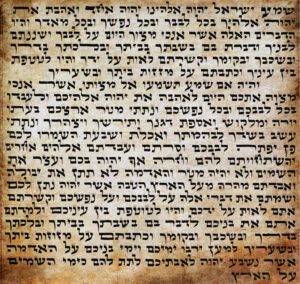 Here is an overview of some of the names of God:

Elohim (אלהים): The Creator is identified by this name in the first sentence of Genesis. It is unlike the other names of God in the Bible as this name also describes gods of other religions. Despite the -im ending common to many plural nouns in Hebrew, the word Elohim, when referring to God, is grammatically singular, and regularly takes a singular verb in the Hebrew Bible.

Yahweh (יהוה):  First appearing in the second chapter of Genesis (2:4), this name of God is referred to as the Tetragrammatron. Some scholars conjecture that it was pronounced “Yahweh“, but some suggest that it never had a pronunciation. In modern Jewish law it is forbidden to pronounce this name, and in prayers it is replaced by the word Adonai (“The Lord”), and in discussion by HaShem (“The Name”).

In appearance, this word is the third person singular imperfect of the verb “to be”, meaning, therefore, “He is.” This most closely relates to the answer God gives to Moses in the third chapter of Exodus.

Shaddai (שַׁדַּי): El Shaddai is conventionally translated as “God Almighty.”  According to Exodus 6:2-3, this is the name by which God was known to Abraham, Isaac, and Jacob.

Indeed, God is identified by this name to the patriarchs:

May El Shaddai bless you, make you fertile and numerous, so that you become an assembly of peoples. (Genesis 28:3)

And Hashem said to him, “I am El Shaddai. Be fertile and increase; A nation, yea an assembly of nations, Shall descend from you. Kings shall issue from your loins. (Genesis 35:11)

Adonai (אדוני): Literally, ‘my master/lord’, or, more accurately, ‘my masters/lords.’ The singular forms, adon and adoni (“my lord”), are used in the Hebrew Bible as royal titles. As Adonai became the most common reverent substitute for the Tetragrammaton, it too became considered un-erasable due to its holiness. As such, most prayer books avoid spelling out the word Adonai, and instead write two yods (יְיָ) in its place.

Other names of God

Shekhinah (שכינה): This is the only name of God that is in the feminine and is derived from the verb ‘to dwell.’ Hence, the term Mishkan (Tabernacle) as the place for God to dwell among the Children of Israel. The term never actually appears in the Hebrew Bible.

El Roi: In the Book of Genesis (16:13), Hagar uses this name for the God who spoke to her through his angel. In Hebrew, her phrase El Roi (אֵל רֳאִי), literally, “God of Seeing Me”.

Shalom: Based on the fact that Gideon names an altar “Adonai Shalom” (Judges 6:24), the Talmud (Shabbat, 10b) states that the word shalom (which means peace, hello and goodbye, derived from the root meaning ‘whole’) is one of the names of God. Jewish law therefore concludes that the word shalom should not be used as a greeting in unholy places such as bathrooms.