Orlah: The Prohibition Against Eating Fruit Produced by a Tree During the First Three Years After Planting 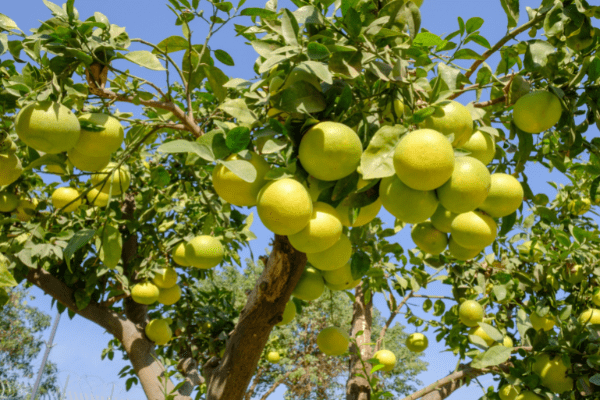 When you enter the land and plant any tree for food, you shall regard its fruit as forbidden. Three years it shall be forbidden for you, not to be eaten.

Leviticus 19 describes the prohibition against eating fruit produced by a tree during the first three years after planting:

When you enter the land and plant any tree for food, you shall regard its fruit as forbidden. Three years it shall be forbidden for you, not to be eaten. In the fourth year all its fruit shall be set aside for jubilation before Hashem; and only in the fifth year may you use its fruit—that its yield to you may be increased: I Hashem am your God. Leviticus 19:23-25

Fruit from a tree is referred to as orlah (literally ‘uncircumcised’) for three years and can not be eaten. The fruit of the fourth year on a tree grown in Israel, referred to as neta revai (fruit of the fourth year), is considered holy and was brought to Jerusalem to be eaten there by its owners. Only in the fifth year was the owner permitted to do as he pleased with the fruit.

If grown in Israel, the entire fruit, including the skin, seeds and flower, is included in the prohibition of orlah and one cannot derive any pleasure or benefit from the fruit or tree. The orlah prohibition relates only to fruit trees, not to trees that do not bear fruit worthy for human consumption. If grown outside of Israel, only the fruit itself is forbidden. The Mishna stipulates that orlah fruit must be burnt to guarantee that no one benefits from them

The count of three years does not necessarily begin when the tree is still a seed, rather the count begins once the tree is planted in the ground.

Since it is not practical to bring the neta revaii fruit to Jerusalem, the fruit of the fourth year must be redeemed with at least a prutah (a minimal amount of money) or fruit of that value. The holiness of the fourth-year crop is then transferred to the money or the fruit which is being exchanged. The money or fruit must be destroyed or thrown away in a manner that it will not be found.

Outside of Israel, only grapes and no other types of fruit need to be redeemed in the fourth year of their growth in order to be eaten.

All of these laws apply only to what is considered a fruit trees by Jewish law. Certain fruits, such as bananas and pineapples, grow on trees that are not included in this category.