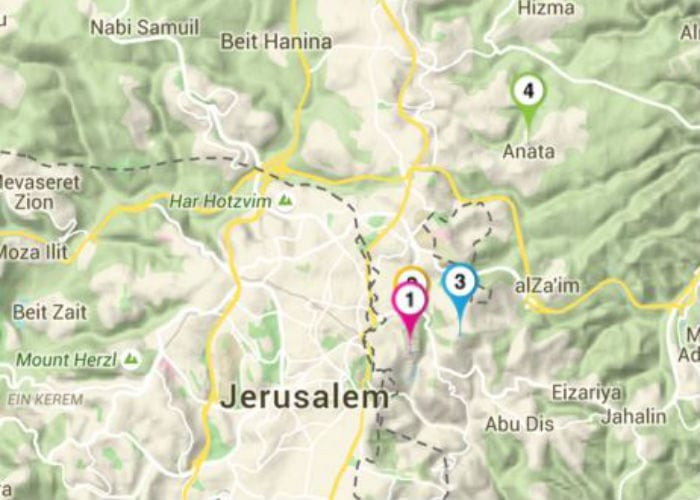 The word Jerusalem appears over 600 times in the Bible.  This map features places in and around Jerusalem that are mentioned in the Bible, specifically in II Samuel 5:7, 15:30 and Jeremiah 1:1.

Jerusalem is the capital of modern-day Israel and the ancestral capital of the Jews.  King David chose Jerusalem to be the capital of his kingdom after conquering the city from the Jebusites (II Samuel 5:7), and it remained the capital of the Kingdom of Judah after the split of the Israelite kingdom.   Even while most of the Land of Israel was conquered, Jerusalem remained part of the Kingdom of Judah until the exile and the destruction of the Temple at the hands of the Babylonians (II Kings 25), and it was here where Jeremiah delivered his prophecies to the Children of Israel (Jeremiah 2:2).