Haftarah Noach: The Lesson of the Precious Stones off the Coast of Haifa 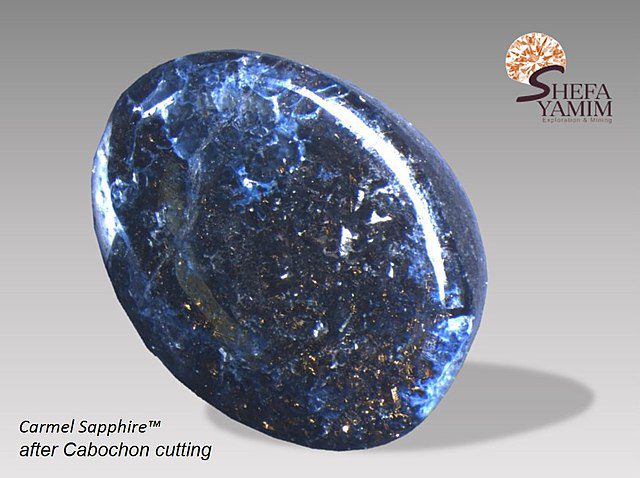 Shout, O barren one, You who bore no child! Shout aloud for joy, You who did not travail! For the children of the wife forlorn Shall outnumber those of the espoused—said Hashem.

So you shall summon a nation you did not know, And a nation that did not know you Shall come running to you— For the sake of Hashem your God, The Holy One of Yisrael who has glorified you.

In 1988, the Lubavitcher Rebbe predicted to the then-mayor of Haifa, Aryeh Gural, that in the coastal waters adjacent to his city, there are hidden vast resources of precious stones.  Some years later, upon learning of this conversation, one of the Rebbe’s disciples founded a company called “Shefa Yamim” (based on Devarim 33:19) dedicated to locating the treasures promised by the Rebbe along Israel’s Mediterranean coast.  Incredibly, the Shefa Yamim Exploration and Mining company has grown tremendously and is now preparing an IPO on the London Stock Exchange following years of remarkable discoveries in accordance with the promise and blessing of the Rebbe.

Precious stones play an important role throughout the Torah. They famously appear in the Kohen Gadol’s breastplate, were presented as gifts by the Queen of Sheba to King Solomon and will be used extensively in the Third Beit Hamikdash according to Chazal.  Emeralds, gems and sapphires are not only physically beautiful, they contain a precious moral message that appears in both our Parsha and our Haftarah.

In the Haftorah (Isaiah 54:1-55:5) the Navi emphasizes the eternal covenant Hashem has made with the Jewish people by referring directly to the central story of Parshat Noach: “Just as I swore that the waters of Noah would never again pass over the earth, so have I sworn not to be wrathful with you nor to rebuke you” (54:9). For many people, how we read Parshat Noach evolves as we grow up.  In grade school, Noah is taught as a happy story, featuring cute animals, rainbows, and a tzaddik.  As we get older, we may see the failed outreach of Noah in one of two ways: a tragic story, telling of the punishment that can be delivered onto the world as a result of cruel and immoral behavior; or, alternatively, a story of the triumph of righteousness, that in the midst of terrible calamity, one man’s virtue can save the entire world. However, the message of our Haftarah offers a third approach based on the two consecutive verses prior to the reference to “Noah’s waters” cited above.

The key verses in our Haftorah state: “For but a brief moment have I forsaken you, and with abundant mercy will I gather you in. With a slight wrath have I concealed My countenance from you for a moment, but with eternal kindness shall I show you mercy, said your Redeemer, Hashem.” Referring to both the generation of Noach in the past as well as the final redemption in the future, in several phrases Isaiah emphasizes the relatively limited amount of God’s punishment compared with the much greater amount of divine reward. The Parsha describes how Noah himself was overwhelmed by the devastation wrought in just 40 days of rain. If only Noach could have imagined that thousands of years later, the earth would be filled with billions of his descendants. Similarly, it is hard for a person nowadays to dream of a time when the seemingly endless horrors of Jewish exile will seem like just a moment of God’s wrath. The message of the Haftarah is that whatever terrible events will befall the Jewish people in the course of our history, they will pale in comparison to the eternal blessing that will be seen when “I gather you in” (54:7).

The Haftorah goes on to describe in detail the glorious days of the final redemption when precious stones will be found in abundance throughout the Land of Israel. “Behold, I will set down gems as your flooring stones and lay your foundation with sapphires.  I will set your windows with ruby and make your gates of carbuncle stones, and your entire boundary of precious stones” (verse 11).  Radak notes that our very windows will be made of radiant stones forming a miraculous source of illumination in our homes and in our lives. (Our Parsha contains a brief allusion to Isaiah’s promise when Noah placed a “Tzohar” at the top of the ark (Genesis 6:16) which Rashi identifies either as a window or as a precious stone that produced enough light to illuminate the ark.) By referring to the future with such glorious detail, Yishayahu points out that the incredible blessings of redemption will directly correlate to the harsh suffering of exile. The more the pressure of exile hurts the greater the reward of redemption will be.

There is no greater example of this inverse relationship than precious stones. It is only through years and years of intense pressure and heat – conditions that seem impossible to create beauty – that a mineral can crystallize forming the most radiant and durable substances known to man.  It is precisely these precious stones representing glorious beauty refined after millennia of seemingly unbearable pressure, that will become the foundation of the cities of Eretz Yisrael and our source of illumination in the days of the final redemption once Hashem gathers in His people. You don’t have to be a follower of the Lubavitcher Rebbe or own stock in the Shefa Yamim Exploration and Mining company to be hopeful about this unique Israeli company’s discoveries. The prospect of hidden stones in the Land of Israel gives us all reason to anxiously await their excavation with hope and excitement.

Rabbi Dr. Ethan Eisen is a new Oleh to Israel and a rebbe in Yeshivat Lev Hatorah and Rabbi Tuly Weisz is the director of Israel365 and editor of “The Israel Bible.”