Haftarah: Last One to Leave Turn Out the Lights 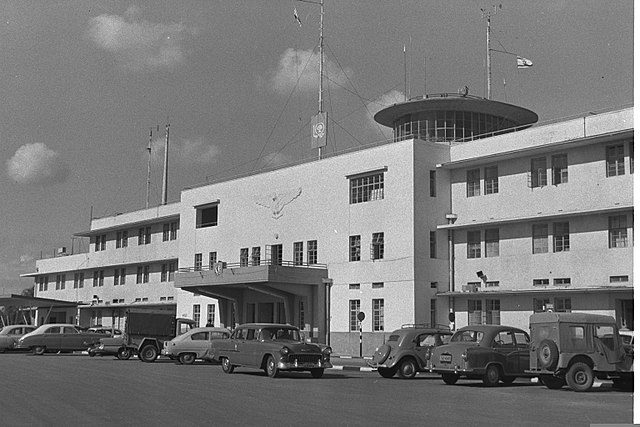 A certain woman, the wife of one of the disciples of the Neviim, cried out to Elisha: “Your servant my husband is dead, and you know how your servant revered Hashem. And now a creditor is coming to seize my two children as slaves.”

She came and fell at his feet and bowed low to the ground; then she picked up her son and left.

It is hard to imagine the fear and panic during the “Hamtana” waiting period in the weeks leading up to the Six Day War. Israel’s five larger and better armed neighbors were all threatening to push the Jews into the sea and wipe Israel off the map. The leadership of the Jewish State was preparing for the worst by digging mass graves in parks throughout the country. It seemed that the end was near for the young state, so soon after the devastation of the Holocaust. Many Israelis were considering fleeing the country and a dark joke circulated at the time that the last one to leave should turn the lights out at the Lod airport.

The connection between Parashat Vayera and its Haftarah (Kings II 4:1-37), on the surface, is that both involve prophecies to barren couples of a son to be born “ka’eit chaya – at this time next year” (Genesis 18:10, II Kings 4: 16), the fulfillment of the prophecy, the near-death of each child, and the subsequent second life given to each.  However, a closer look at the similarities and differences between these two stories shed light on the divergent messages each contain.

Upon close examination of the two texts, Avraham Avinu and the Isha Shunnamite both demonstrate remarkable hachnasat orchim, and as pointed out by the Kli Yakar (Genesis 18:6), the prophecy was directed to them and not their spouses.  Neither is recorded as directly asking for a son prior to receiving the prophecy. They both responded to the news in similar, yet peculiar ways, asking that this blessing not cause future suffering. Avraham prays, according to the Ramban, that Yishmael not have his life shortened, and the Shunamit woman asks that her future son not die young.  Despite both of their wealth and having servants, in their missions involving their sons, both Avraham and the Shunamit load their own donkeys (Genesis 22:3, II Kings 4:24) as evidence of their complete faith in God’s word. The heroine of our Haftarah, the Shunamit woman, is meant to be seen as Avraham Avinu: kind and faithful.

Despite these similarities, the profound differences provide insights into how to see our Parasha and Haftarah, and what lessons we can learn from each.  When Hashem told Avraham to offer up Yitzchak, Avraham obeyed Hashem unquestionably, passing his final test in the greatest demonstration of faith in God of all time.  All of Avraham’s hopes and dreams for passing on his legacy and covenant with God through this child would be unfulfilled, yet he accepted the decree.  The Shunamit, however, refused to accept the fate of her son’s premature death.  Instead, she brought her dead son into the bedroom she had built for Elisha and closed the door, not even telling her husband what had happened. She traveled to Mount Carmel in order to plead with Elisha to return with her, implicating him as the cause of her suffering: “Did I request a son of my master? Did I not say ‘Do not mislead me!?” Imagine the depth of the Shunamit’s faith, that after seeing her child die and traveling for many hours, if not days, she has unwavering belief that Elisha’s prophecies will prevail.  Her efforts are rewarded, and the man of God returns with her and miraculously brings her beloved son back to life.

Avraham’s faith teaches us the importance of accepting Hashem’s decrees with love and obedience, which is a foundational value of the Jewish people.  The Shunnamite embodies that same trust in God’s word, but her faith leads to an entirely different course of action.  She never gives up hope, no matter how dark her circumstances seem to be.  Even when all is lost and there is no realistic or logical solution at hand, the Isha Shunnamite held on to the promise and blessing she had received from Hashem through Elisha which gave her boundless hope and supernatural strength. Her unwillingness to accept her fate earned her a miracle and, like Avraham, a place in the hallowed halls of biblical heroes and heroines.

Sometimes, the requirements of faith necessitate radical acceptance of God’s painful decrees.  At other times, however, trust in God’s promises demands bold, courageous action that defies logic.  The Jewish People have been through the worst in human experience and faced the angel of death too many times to count, and Avraham’s faith has inspired us in these moments.  But in the dark days leading to the Six Day War, the Jewish people’s belief in Hashem’s promises that we will inherit the Land of Israel, the courage of the Israeli citizenry, and the bravery of the soldiers of the IDF in the face of increasingly bleak prospects required a different type of faith—the faith of the Shunamit woman.

Despite their fear, in the end, no one turned out the lights at Israel’s airport in 1967, and the Six Day War quickly turned into one of the most miraculous military victories in the history of warfare.  May the Jewish People continue to learn from the faith of Avraham Avinu and the Isha Shunamite to never give up hope and always rely on the promises of Hashem.

Rabbi Tuly Weisz is the director of Israel365 and editor of “The Israel Bible,” and Rabbi Dr. Ethan Eisen is a psychologist and a new Oleh to Israel, as well as a rebbe in Yeshivat Lev Hatorah.