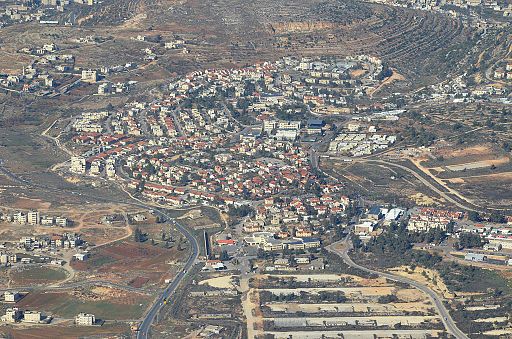 Bethel. From the book Holy Land photographed by Daniel B. Shepp. 1894

Bethel (Ugaritic: bt il, meaning "House of El" or "House of God",Hebrew: בֵּית אֵל‬ ḇêṯ’êl, also transliterated Beth El, Beth-El, Beit El; Greek: Βαιθηλ; Latin: Bethel) was a border city described in the Hebrew Bible as being located between Benjamin and Ephraim and also a location named by Jacob. Under Israelite rule, Bethel first belonged to the Tribe of Benjamin, but was later conquered by the Tribe of Ephraim.

Eusebius of Caesarea and Jerome describe Bethel in their time as a small village that lay 12 Roman miles north of Jerusalem, to the right or east of the road leading to Neapolis.

Edward Robinson identified the village of Beitin in the West Bank with ancient Bethel in Biblical Researches in Palestine, 1838–52. He based this assessment on its fitting the location described in earlier texts, and on the philological similarities between the modern and ancient name, arguing that the replacement of the Hebrew el with the Arabic in was not unusual. Most academics continue to identify Bethel with Beitin.

Ten years after the Six-Day War, the biblical name was applied to an Israeli settlement Beit El constructed adjacent to Beitin. In several countries—particularly in the US—the name has been given to various locations (see Bethel (disambiguation)).