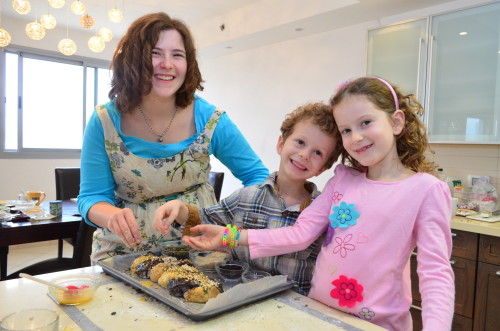 Harkov whips up some Torah treats with kids. [Photo: Courtesy]

Aviv Harkov, a 22-year old former Israeli Naval Officer, grew up in New Jersey and has always had a passion for cooking. Now, she has parleyed that passion into a unique cookbook for parents and children, one that teaches Jewish values alongside culinary skills.

A Taste of Torah offers recipes that suit the themes of each week’s Torah portion, along with a lesson for older children and a bedtime story for younger readers covering the same messages. 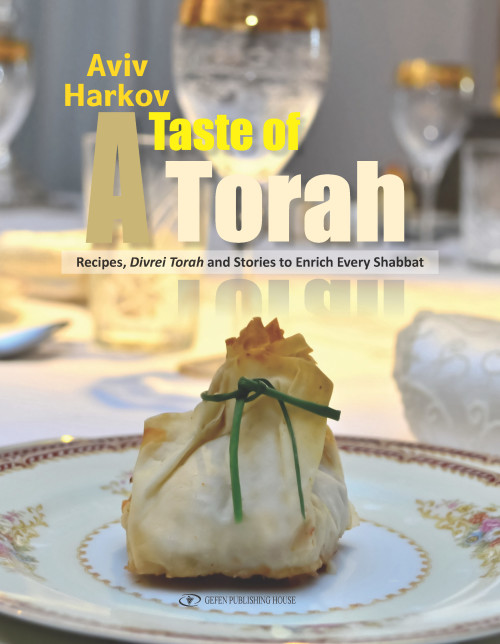 “My goal was to create a cookbook that helps families cook delicious meals for the Sabbath while creating quality family time,” says Harkov. “I often cook with my young cousins by my side and realize that it’s not simple to keep kids engaged and entertained while preparing a Sabbath meal. So I strove to remove the stress for parents by providing meals they could cook with young sous chefs, and entertaining stories filled with Biblical values.”

The book is set for publication by Gefen Publishing House, the leading publishing house in Israel, in time for Chanukkah in December. However, as a first-time author, Harkov must come up with the initial funding for the publication.

“You may not know this,” Harkov writes in her Indiegogo crowdfunding campaign, “but new authors must contribute to the costs of publishing their book.

“I’m only 22, and I can’t afford to fund my vision for A Taste of Torah on my own. With your help, I will be able to fill A Taste of Torah with quality photos, and kid friendly animation inside a beautiful hardback cover.”

This week’s Torah portion is Vayishlach, which tells of Jacob’s return from Laban’s house to Israel and his encounter with his brother Esau. For the occasion, Harkov recommends Red Velvet cupcakes with white chocolate buttercream frosting.

These cupcakes’ beautiful bright red coloring and clear white frosting show the same dramatic contrast that we see between Jacob and Esau. The best thing about this recipe is that it’s completely pareve [non-dairy], but it’s so good that you can’t hold its “pareveness” against it! 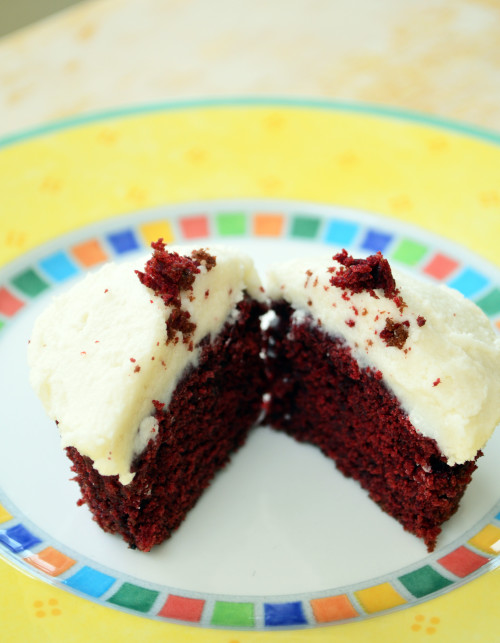 Your sous chefs will enjoy licking their fingers after having helped you make both the cake batter and the buttercream frosting!

Then he said, “Let me go, for dawn has broken.” And he said, “I will not let you go unless you bless me.”

In this week’s parashah [portion], we read the story of Jacob’s battle against Esau’s angel. As dawn approaches, and the angel asks Jacob to release him, Jacob agrees, but only if the angel promises to bless him. We are then told that the angel simply changes Jacob’s name to Israel and is then let free. The question arises: Why does Jacob free the angel if his only demand is not fulfilled?

The answer is that the changing of Jacob’s name to Israel is the blessing – just as the changing of Jacob’s grandparents’ names, from Abram and Sari, was a blessing from God. The name Israel is in fact a combination of two words: yashar (straight) and E-l (God). Jacob’s new name symbolized that he walked straight and honestly in front of God. By declaring this fact, the angel was blessing him and guaranteeing his success over Esau, because God protects those who walk the spiritually straight derech (road).

A Story about Blessings in Disguise

There once was an old man who loved two things above all else: his only son and his rare stallions. Together the man and boy rode their beloved stallions every morning. One day, one of the stallions ran away. The old man’s neighbors all hurried to tell him how sorry they were. But he just shrugged and said there was no reason to feel bad, because these things happen. A few days later, much to everyone’s surprise, the stallion returned with a mate.

Not long afterwards, the old man and his son went riding as they did every day, but that day, the son fell off his horse, breaking his leg badly. The neighbors all said how sorry they were that the old man’s son would never be able to walk properly again. The old man simply shrugged and said there was no reason to feel bad, because these things happen.

Many years later, there was a great war in China and all of the village sons were drafted. The old man’s son, who had a terrible limp, was unable to fight and stayed home to help his father. After the war, very few of the neighbors’ sons returned home; most of them had been killed.

As the neighbors mourned their lost sons, they realized they didn’t need to feel bad for the old man for being unlucky; he was actually very lucky. Had his stallion not gone missing, he wouldn’t have gained another horse, and had his son not been badly injured, he could have been lost at war.

Sometimes bad things happen, but we see in the end that they were actually something good in disguise. (Based on a Chinese folk tale.)