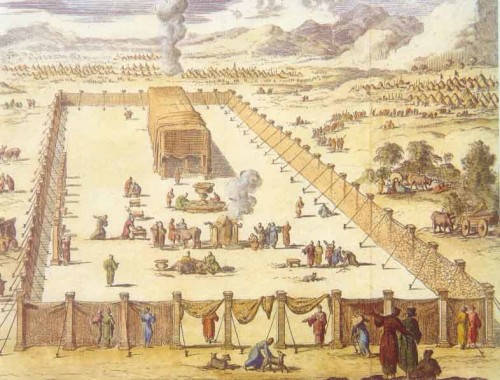 The Book of Leviticus is dedicated primarily to instructing us in the various sacrifices that are brought in the Tabernacle and, later on, in the Temple, as well as other instructions pertaining to the work of the priests and the Levites. Chapter 4 begins with a discussion of the various sacrifices to be brought and procedures to be followed when someone sins accidentally, not as a result of intent, but rather from carelessness or ignorance.  The Torah begins with the incident of an ordained priest who makes a mistake, then moves on to the Assembly of Israel (Verse 13), which refers to the High Court, then moves on to a prince (which can refer to any political leader, such as the head of a tribe), and finally concludes with the mistakes of the individual.

Bringing a sacrifice to the Temple is a public affair – the description of the ceremony for this particular type of sacrifice is quite specific and there is nothing private about the situation.  Everyone recognizes the priest or the prince and will understand, based on the type of sacrifice brought and the ceremony performed, that this leading figure has sinned.  He cannot hide behind the vestments of his office, but must publicly admit that he has done something wrong, even if only by accident.  Furthermore, the instruction regarding the public officials precede the instruction for the individuals, conveying a clear message that the leadership is expected to set the standard for the nation on this issue.

Especially interesting is the passage that discusses the sacrifice brought by the High Court when the judges have ruled incorrectly (Verses 13 – 21).  Imagine a Supreme Court judge who has discovered that he incorrectly interpreted his country’s constitution bringing a sacrifice to atone for his incorrect ruling!

Rashi, the 11th century Torah commentator, makes a fabulous statement regarding the first words of verse 22: “That* a leader sins.”  The Hebrew word used for “that” is “Asher”, which is a slightly unusual way to begin a sentence.  Rashi notes the similarity between the word “Asher” and the word “Ashrei” which is the first word in Psalms 1, and means “Happy is.”  Rashi then states: “Happy is the generation whose prince makes sure to bring an atonement sacrifice for his accidental sins, even more so for his intentional sins.”

What an amazing thought!  Every individual is responsible for his actions, even those performed negligently.  This is a lofty and important principle.  But in so many societies, the leadership manages to escape censure.  And when leaders are caught in a wrongdoing, they rarely admit their mistakes, let alone their corruption.  The standard that is expected of the common man is so often ignored by the leadership — the very individuals who are expected to enforce the law and ethical standards are often lax themselves.

What a better society we would all enjoy if such were the standards of our leaders.  Rashi says it best:  Happy is the generation whose leadership can own up to its mistakes publicly.

*  The translation uses the word “when” instead of “that” which is a more accurate translation of the word “Asher” and highlights the difficulties in the text that Rashi is questioning.