Weekly Torah Portion: A Man, not a Superhero 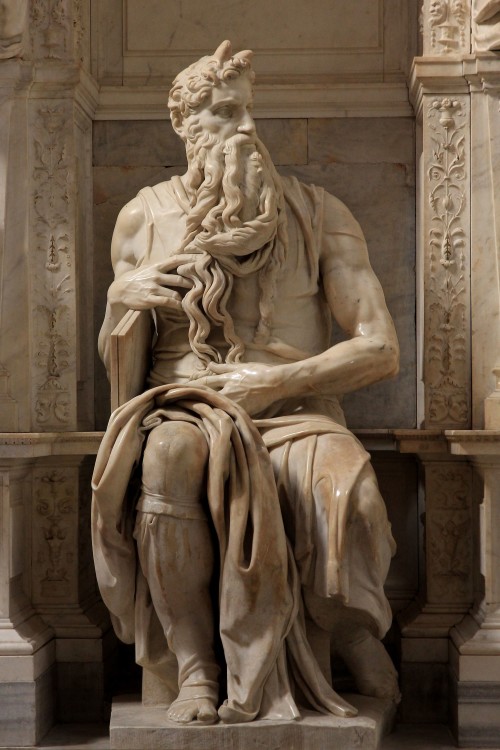 This week’s portion begins with the commandment to conduct a census among the Children of Israel through the donation of a half shekel.  Other commandments follow, but the focus of the portion is the story of the Golden Calf.

It has long puzzled commentators how the Nation of Israel, just weeks after hearing God speak to them directly, after the amazing experience of Revelation at Sinai, could sin in such a drastic way.  After being freed from slavery in Egypt by the one and only God of Israel, the nation slides into base idolatry, creating a golden calf which they then worship.

While it is clear that the Children of Israel had been subject to the influences of Egyptian idolatry for hundreds of years, and that clearly played a part in this incident, it is still puzzling that they would sink to such depths so soon after the experience at Sinai.

A careful reading of the text, however, provides some insight.

When the people saw that Moses delayed to come down from the mountain, the people gathered themselves together to Aaron and said to him: Up, make us gods who shall go before us. As for this Moses, the man who brought us up out of the land of Egypt, we do not know what has become of him. (Exodus 32:1)

Moses has been gone for some weeks and the nation is getting nervous. Notice that there is no mention of God in this statement.  From the nation’s perspective, it is Moses who has taken them out of Egypt – God’s role is missing.  Furthermore, there is an implied parallel between Moses and a god who will go before them – from their perspective, Moses was a god, a wondrous individual who led them out of Egypt.  If that is the case, then the absence of Moses is clearly cause for concern.  Without his leadership, they would, indeed, be lost.

I don’t believe that the nation actually believed Moses was a god – they knew his family, knew that he was not a supernatural being.  In fact, when Moses first came to them in Egypt with God’s message of imminent delivery, they rejected him and mocked him.  But their relationship to him was as to a super-leader – a man with amazing powers, god-like in essence, and rather than see him as a messenger from God, with no independent powers of his own, a loyal servant of God, they saw him as akin to a god himself.  They believed that Moses had the inherent power to lead them to the Promised Land.

Of course, they were wrong.  It was God who had freed them from Egypt, and it was God who would lead them to the Land of Israel and protect them once they got there.  If something were to happen to Moses, God would provide another leader in his stead.  But the nation was so dependent on Moses that they lost their sense of perspective.  Rather than see Moses as the amazing servant of God that he was, they saw him as a superhero in his own right.

God’s initial response to Moses with regard to the sin of the nation reflects this idea. “Now therefore let me alone, that my wrath may burn hot against them and I may consume them, in order that I may make a great nation of you” (32:10). God recognizes the root of the problem with the Nation of Israel – rather than a kingdom of priests and a holy nation (19:6), dedicated to serving God, they are followers of human leaders.  Therefore, God wants no part of them.  He wants to create a new nation from Moses – a nation of loyal servants like Moses who follow God’s word regardless of who the leader happens to be.  In Moses’ prayer to God begging him to continue with the Nation of Israel, he reminds God of his promise to Abraham, Isaac and Jacob, and God is pacified.  Essentially, Moses says that the nation is human, that they err and will continue to err.  But they are the nation of God.  And when Moses returns to the people his first statement to the nation says it all:  “Who is on the Lord”s side? Come to me” (32:26).  The Lord’s side, not Moses.’

Perhaps Moses’ stay on Sinai was part of a vital lesson to the nation.  By forcing separation between Moses and the nation, God enabled them to learn that Moses is not a god but a loyal servant.  And the lesson is a vital one to us all.  Leaders are often charismatic and have the power and the influence to convince people to do things they may otherwise not do.  But even righteous leaders who use their power only in service of God and for the promotion of righteousness should not ever be considered a replacement for God.  They are merely messengers.  Blind adherence to a leader, any leader, is always dangerous.