Weekly Torah Portion: An Ally to the Children of Israel 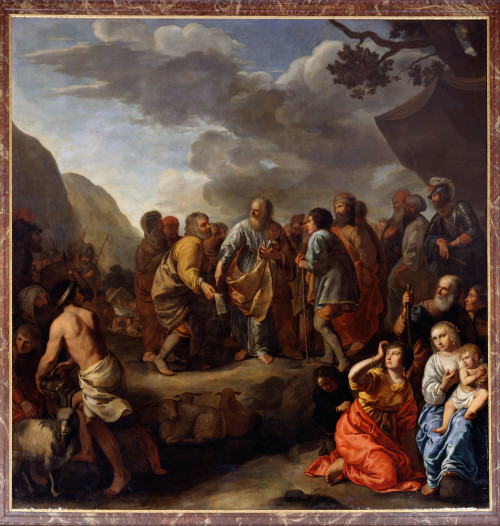 This week’s portion begins with Jethro’s historic visit to the Children of Israel in the desert. The story begins in Exodus Chapter 18:

“Jethro, the priest of Midian, Moses’ father-in-law, heard of all that God had done for Moses and for Israel his people, how the Lord had brought Israel out of Egypt.”

This verse is packed with information that tells us a great deal about Jethro and about his motivation to join his son- in-law in the desert.

Jethro is spurred on to join Moses because of what he has heard about the miracles that God performed in taking the Children of Israel out of Egypt. Presumably, he has heard of the 10 plagues, of the parting of the Red Sea, and of the total defeat of the powerful Egyptian army as it attempted to attack a rag- tag group of former slaves, men, women and children — “We will go with our young and our old. We will go with our sons and daughters and with our flocks and herds” (10:9).  And immediately following that miraculous event, the Children of Israel are attacked by Amalek, a powerful band of nomadic tribes, and roundly defeat them. Jethro joins Moses because he wants to know more.

When Jethro hears the entire sequence of events as told to him by Moses, he responds: “Blessed be the Lord who has delivered you out of the hand of the Egyptians and out of the hand of Pharaoh and has delivered the people from under the hand of the Egyptians. Now I know that the Lord is greater than all gods” (18:10-11).  Jethro, a priest of a pagan religion, recognizes and declares publicly that his faith was wrong — that the God of Israel is all powerful and should be worshiped and obeyed.

From this moment on, Jethro ties his fate, in one form or another, to the Jewish people. He remains a separate family, but closely allied to and neighbors with Israel. It is not clear whether Jethro remains with the Children of Israel and enters the Land of Israel with them or not. Exodus 18:27 indicates that Jethro returns home. But Numbers 10:29 finds Moses’s father-in-law back with them, and the discussion arises once again whether Jethro will leave. Scripture never says what Jethro decides to do. (In this verse, Jethro is referred to as Hobab, one of several names for the same person, identified always as Moses’ father-in-law.) However, in the Book of Judges, we find Jethro’s family leaving the City of Palms (Jericho) to join Judah in the Negev (Judges 1:16). And just a few chapters later, Yael, from the same family, drives the final stake into Sissra’s skull, enabling the defeat of the Canaanites (Judges 4).

Later on, in the book of Samuel, we find that this same family lives near the Amalekites, and Saul is careful not to harm them while fighting the enemy Amalek. (I Samuel 15:6)

Jethro is not a member of the Children of Israel, but his acceptance of God enables him to be allied with them, to live among them and to offer and receive help from one another. Jethro’s independent recognition of God’s greatness is the basis for an alliance that withstands the generations. Oh that our current neighbors would recognize God’s greatness, His promises to Israel and His Torah.