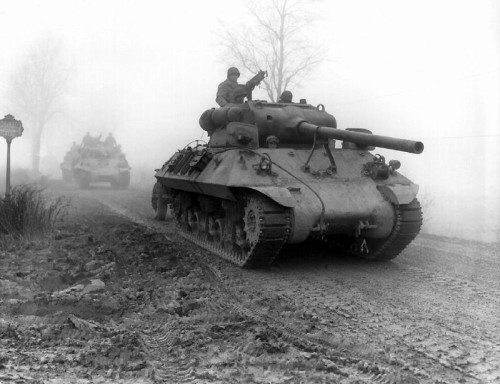 It is amazing how much damage narcissism can cause. World War II was an incredibly devastating war, and that is even before talking about the Holocaust. The carnage was beyond description. The destruction to property, some of which was already centuries old if not more, was catastrophic. When I see pictures, I am overwhelmed. I am also incredibly grateful that I was born after the war, and nervous about how easily it could happen all over again, and even worse.

It began and became as global as it did because Adolf Hitler and Japanese Emperor Hirohito wanted to dominate the world. Both believed that their races were superior to those of other peoples, and had no problem selling it to their respective nations. Then they went to war to forcibly sell it to the rest of the world. The result was World War II and the Holocaust.

Psychologically, the narcissist tends to be extremely selfish and have a grandiose view of his or her own talents. They also tend to crave admiration. The psychoanalysis is that it is a self-centeredness that arises from a failure to distinguish the self from external objects, either in very young babies or as a feature of a mental disorder.

The main point is that narcissism is very blinding. The narcissist just doesn’t see the world objectively as do “normal” people, but as a place to impose his distorted perspective as far and as wide as he thinks he must. This makes him, at the very least, obnoxious to be around and, at worst, extremely dangerous to have around. Allow him to take office, especially of a large and influential country and you have the makings of another war, if not a world war.

It has been said:

Obviously there have been exceptions, but that is precisely what they have been, exceptions. Unfortunately, as long as the yetzer hara (evil inclination) lives and runs the lives of people, the power of politics is going to draw out the “bad men,” people who have already been corrupted by politics, or who will be once they get into power.

I felt it myself when I was manager over an office. If not for Torah and fear of God I could have easily been changed for the worse given the authority I wielded and the money I controlled. I was only kept in check because of a mitzvah (good deed decreed by God) to sanctify the Name of God, which allowed me to use my position to act according to a higher standard than I might otherwise would have.

In fact, I recall sitting down with the branch manager of our bank to discuss some business investments and protocol. Completely aware that I was an Orthodox Jew in a very gentile and secular environment, I went out of my way to be polite and compliant. I told myself that however I walked out of the manager’s office, it would not be in a way that would give the manager reason to speak badly about Orthodox Jews.

As we wrapped up the meeting, the manager thanked me for coming in and taking the time to speak and sign the relevant documents. Then she said something I will never forget: “I just want to say what a pleasure it has been to work with you. I have had to deal with other Orthodox Jews who have been rude and disrespectful.”

On another occasion I was a guest speaker at a Shabbaton that was taking place in a hotel in the downtown of a city. Unfortunately the person responsible for bringing me to the hotel left somewhat late and we arrived at the hotel closer to sunset than was comfortable. Even more unfortunately was that the line-up for the underground garage was about a mile long, and there was no way we could wait to get in without breaking Shabbat, God forbid.

While I contemplated the problem, my driver did the unthinkable. He pulled out and drove to the front of the line, by-passing dozens of cars who must have been waiting for some time already. Every fiber of my body cringed as I nervously got out of the car once stopped, knowing that no one we passed over would understand our halachic (lawful) predicament (that we should never have allowed to happen in the first place).

Sure enough as we got out of the car, a man about 15 cars back got out of his and stood up and screamed at us in a very angry voice, “YOU JEWS THINK YOU ARE BETTER THAN OTHERS!” or something like that. It was such a Chillul Hashem—profanation of God’s Name. Even though we only did what we did to avoid breaking Shabbat, no one knew it and therefore only saw Jews acting selfishly.

Ironically and painfully, the Haftarah (selection from Prophets) read that Shabbat was from Ezekiel. In it he prophesies how God will be “forced” to end the exile and bring the Jewish people home just to end the profanation of His Name among the gentiles. That Shabbat I knew exactly what he was talking about.

I did not easily forget that experience and quite frankly, I don’t think I ever will. It taught me firsthand about the damage that can occur when a person or people lose their sense of context. My friend who did the stunt was by no means a narcissist, but what he did was an act of narcissism. His world became so dominant that he lost perspective of the one around him.

This is why there is great reason for concern today. The word “narcissistic” is in the papers a lot these days, especially as politicians line up to become the next President of the United States, and the sitting one makes deals, abroad and locally, that otherwise “reasonable” people cannot fathom. One article even called the President sympathetic to Muslim extremists and did an eye-openingly scary job of proving his point.

People of goodwill who reason together will come to a common conclusion.

The operating word is “goodwill.” The question is, what does it actually mean? From a Torah (Bible) perspective it means to have a will that is committed to the greater good. The yetzer hara is all about “me,” and it is no coincidence that President Obama was a teenager when the United States was in the “Me Mode.” It is even called the “Me Generation.”

Thus, when the Talmud warns:

Rebi Shimon ben Levi said: The yetzer hara of a person strengthens itself daily and tries to kill him. (Kiddushin 30b)

Is this statement to be taken literally? Absolutely. How does the yetzer hara actually do this? Sometimes it actually causes a person to physically kill himself. More often though it causes a person to commit spiritual suicide, by becoming more concerned with the “me” than the “we.” Once this is achieved, the physical destruction will take care of itself.

This, in effect, is what Moses is telling the Jewish people in this week’s Torah portion when he says:

This is not a no-brainer. The number one problem a narcissist has is accepting a higher authority. He is a “control freak,” someone who must be in control of every situation to suit his level of personal comfort. He doesn’t mind serving other gods as long as they are gods that he has created, gods whose rules he accepts as beneficial to him.

A lot of people do not accept the idea of God but not because they have disproven His existence. Of course they can’t. The best they can do is convince themselves that God cannot be proven, and go from there. The real reason for a lack of God acceptance is narcissism, the inability to subjugate oneself to a higher will, especially when that will demands that a person be selfless and more into the “we” than the “me.”

It’s even why the Jewish people have been so vilified over the generations. Man tends to be narcissistic, and the Torah comes to curb that tendency. True, there is still room, as my bank manager once complained to me, to be somewhat self-centered even while living according to Torah. But it is less likely, and certainly more limiting than a non-Torah lifestyle in this respect.

The Torah warns about this, especially in the Talmud. It warns people not to learn Torah for the wrong reasons, especially for self-aggrandizement. It even goes as far as to say, that someone who learns Torah for the wrong reason is better off not being born at all. Ouch. The only time learning Torah “lo lishmah” (for non-altruistic reasons) is permissible is if the person is working on learning Torah “lishmah,” that is, for altruistic reasons.

Moses, with these words, is giving us a spiritual litmus test, a way of finding out who we really are. Are we narcissistic, and if yes, how much? Here’s how to find out: If God’s blessing is a blessing to you, and His curse is a curse to you, then you are on the same page as Him. If the opposite is true then you have to work on moving from the “me” to the “we.” You have to change your “bad” will for “good” will.

This is the time of year to do it too. Rosh Hashanah (The Jewish New Year) and Yom Kippur (The Day of Repentance) are coming, as the sounding of the shofar next week will remind us. As the Rabbis explain, Rosh Hashanah is all about accepting God as our one and only King. This means subjugating ourselves to His higher will. This means ridding ourselves of any narcissistic tendencies we may have left over from previous years, or developed over the past year.

The people who have pushed to rid the educational system of Biblical references and have worked tirelessly to end laws that are Torah-supported, call it “being progressive.” Perhaps they actually believe this, and on one level, they are actually right. But if what they say and do has turned God’s blessing into curse and vice-versa, then it is progressively more self-centered and therefore, narcissistic.

After World War II finally came to a bloody and devastating end, General MacArthur made the following speech at the surrender ceremony of the Japanese aboard the U.S.S. Missouri:

We are gathered here, representatives of the major warring powers, to conclude a solemn agreement whereby peace may be restored. The issues, involving divergent ideals and ideologies, have been determined on the battlefields of the world and hence are not for our discussion or debate. Nor is it for us here to meet, representing as we do a majority of the people of the earth, in a spirit of distrust, malice or hatred. But rather it is for us, both victors and vanquished, to rise to that higher dignity which alone befits the sacred purposes we are about to serve, committing all our people unreservedly to faithful compliance with the understanding they are here formally to assume. It is my earnest hope, and indeed the hope of all mankind, that from this solemn occasion a better world shall emerge out of the blood and carnage of the past—a world dedicated to the dignity of man and the fulfillment of his most cherished wish for freedom, tolerance and justice.

According to one news correspondent, a narcissistic leader can be a great one, but only, he added, if his narcissism does not go out of control. According to history, narcissism by its very nature will always get out of control and wind up doing incredible damage until it is finally removed from power.